The prize for the first Tory to mention the 'Blitz Spirit in 2022 goes to... 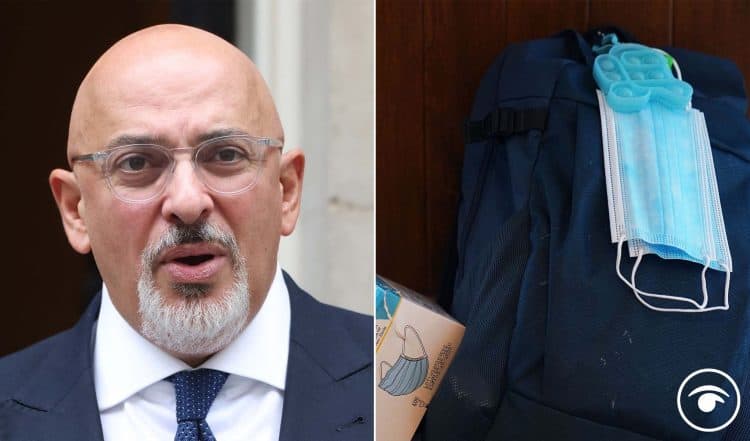 Education Secretary Nadhim Zahawi has been trying to encourage former teachers back to work.

It comes as headteachers have warned that staff shortages in the new term caused by teachers isolating because of positive lateral flow tests will be “challenging” for some schools and could lead to more pupils learning online.

Caroline Derbyshire, executive head at Saffron Walden County High School in Essex, and leader of Saffron Academy Trust, told the PA news agency: “We know that (staff shortages) will be a factor and there will be schools in particular parts of the country where rates have been extremely high where staffing will be difficult.

“But this sort of mass of supply teachers that are supposed to be there – that’s not happened, has it, so if we have got shortages it’ll be colleagues who are in school who’ll be doing most of the covering.”

She said the idea of merging classes, as suggested by Education Secretary Nadhim Zahawi in the event of shortages, had already been carried out by schools “all term last term”, but it was “not a long-term solution”.

But what if you can’t get a LFT test to get your kid to school?

Well he told Sky News that there will be enough, but that doesn’t seem to be correct, as many people can’t get access to them.

Anyway it has been about two days since a Tory MP mentioned the ‘Blitz Spirit,’ so it wasEducation Secretary Nadhim Zahawi’s turn to embrace his inner Churchill. This time it was to persuade retired teachers to head back to the classroom.

He tweeted: “Workforce. I have asked former teachers who have either left the profession or retired to come forward to temporarily support workforces for the new term.   I know many have stepped forward and it’s this Blitz spirit that will be essential in turning the tide on Covid.”

He is asking for masks to be worn in schools (for now) but a lot of his party are dead against it citing freedom etc etc.

But his comments left people saying the same thing…

Other people were generally annoyed at his comments…