Paul Golding, 38, is accused of refusing to provide a PIN code to his electronic devices when stopped at Heathrow Airport's Terminal 4 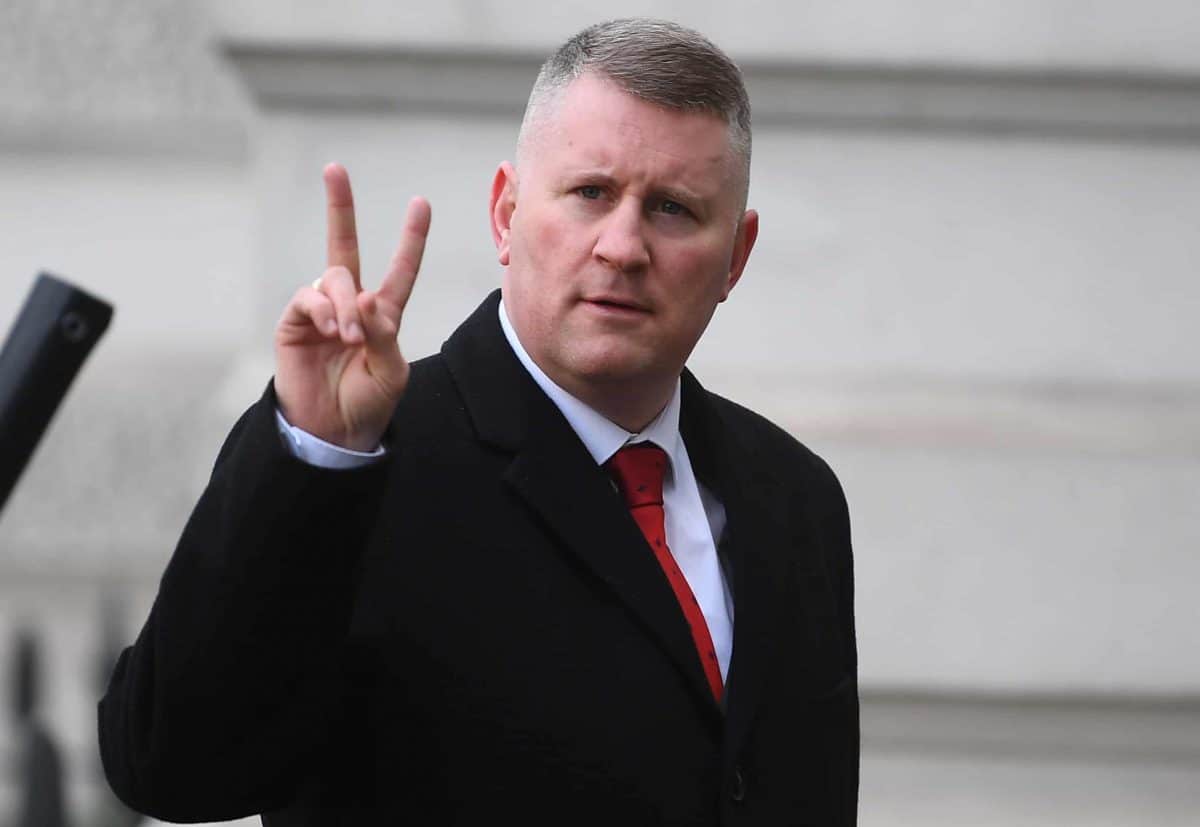 Britain First leader Paul Golding arriving at Westminster Magistrates' Court, London, where he is charged with failing to comply with a duty under schedule 7 of the Terrorism Act after refusing to give counter-terror officers access to his electronic devices when he was stopped at Heathrow Airport on his way home from a trip to Russia to see the parliament.

The leader of far-right political group Britain First denied a terrorism offence when he appeared in court today.

Paul Golding, 38, is accused of refusing to provide anti-terror cops with a PIN code to his electronic devices when stopped at Heathrow Airport’s Terminal 4.

Golding, of Stockport, Greater Manchester, is charged with refusing to comply with a duty under Schedule 7 of the Terrorism Act.

The former BNP councillor was stopped at Heathrow on October 23 last year on his way back from a trip to the Russian Parliament in Moscow by officers from the Met’s Counter Terrorism Command.

Schedule 7 allows police to interrogate, search and detain anyone for up to six hours at UK ports. It is designed to determine whether an individual is involved in the “commission, preparation or instigation” of acts of terrorism.

Golding, entering a plea at Westminster Magistrates Court, said: “Not guilty. I’m a politician, not a terrorist. I think this is a politically motivated charge.”

Chief Magistrate Emma Arbuthnot told him: “Your trial will take place on May 20th.

“You are on unconditional bail. You must attend court for the trial to start at 10am. 9.30am is when you should arrive to speak with your counsel.

“The trial will take place that morning. If you do not appear the trial will go on without you so be sure you are there on May 20.”

Golding, who wore a grey suit, red tie and Britain First pin, shook his fist in apparent solidarity with 26 supporters sat in the public gallery.