Dr Nishant Joshi said society has ‘a chronic problem with presenteeism’ in the workplace. 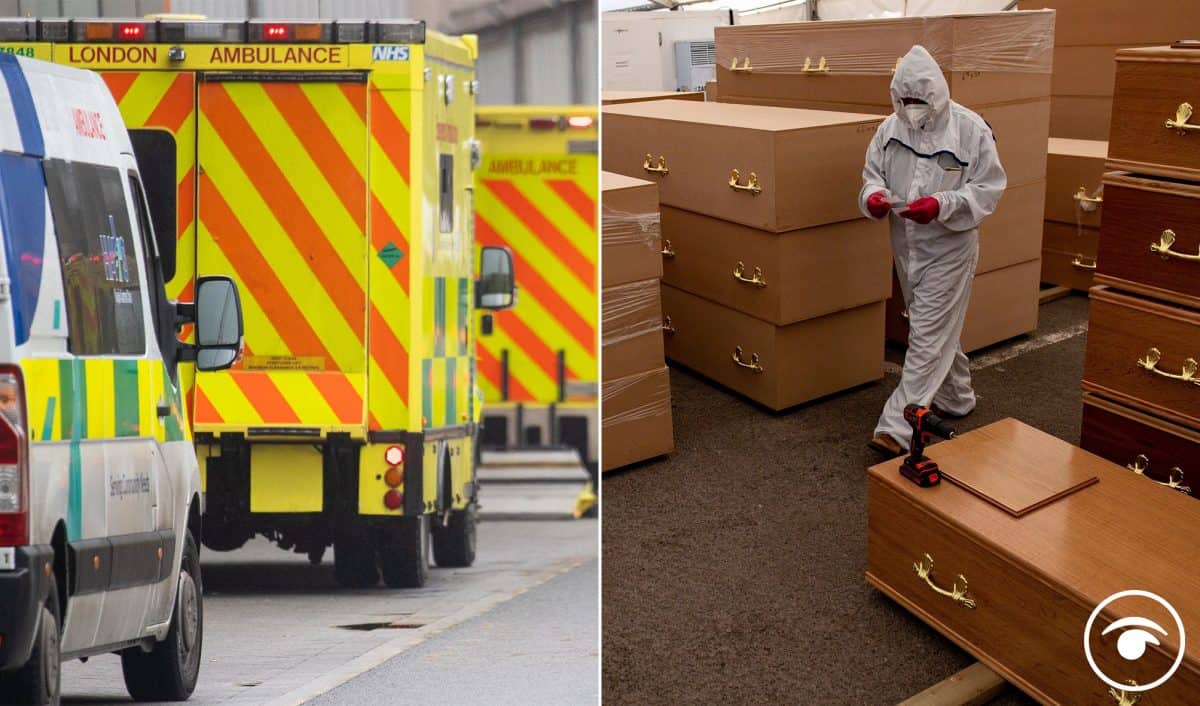 A common feeling that Britons cannot afford to miss work “sums up why we have failed to manage the pandemic”, a doctor has said.

Dr Nishant Joshi, 32, a GP trainee in Luton, went viral with a tweet about a complaint he receives on a daily basis – that many patients feel unable to take time off even if they have coronavirus symptoms.

“‘But doctor, I can’t afford to take time off work…’” he wrote on Twitter. “I hear it every single day. This is the single sentence that sums up why we have failed to manage the pandemic.”

This week, the UK passed 100,000 coronavirus deaths, with cases extremely high in large parts of the country.

Unable to work from home

Some have called for a temporary pause to jobs where staff are unable to work from home, in a bid to prevent further increases in cases.

Dr Joshi told the PA news agency it appeared some employers were also “bending the rules”, including one case where an isolating patient had been asked to return to work “sooner than they otherwise would have”.

“It just brought home to me that, at a time when we should be trying to put a bow on the pandemic, and wish it goodbye really, we’re still struggling with the basics.”

Dr Joshi told PA he felt society has “a chronic problem with presenteeism” in the workplace.

“All of us will have gone into work while not feeling anywhere near 100% at some time,” he said.

“It’s almost like a badge of honour to turn up to work 100% of the time, and then if you were to ever call in sick, then almost feel like there’s a sense of shame or letting your team down.”

UK employees meanwhile have expressed discomfort at being asked to physically go to work at all during the pandemic, with a number of construction workers telling PA they did not feel their work on housing estates was “essential”.

“A lot of guys here either don’t feel safe or, to be honest, don’t care, because if they do not come in, they don’t get paid, and not paying bills and putting food on the table is a bigger issue to them,” said Will, a supervisor for a number of sites across the south east of England.

One worker in Scotland, who wanted to remain anonymous, said “I am working on a site where houses cost an average of £400,000″.

“There is not one form of affordable housing on this site and I feel that the only reason I am working is to fund the corporate greed,” he added.

Charlotte Childs, GMB union national officer, said “construction workers are rightly concerned about commuting to site, often by public transport, and the risk from Covid-19 as a result”.

One rail worker and trade union activist said the number of commuters is “worse now than it was the first time around”.

The worker, who wanted to remain anonymous, said: “There’s too many people who shouldn’t be travelling, (who) are still travelling. Look at the roads, where’s everyone going? There’s traffic everywhere.

“If you’re on the Underground system… people are touching the seats, the handrails. The majority of people who are travelling are wearing masks, over their nose and mouth, but a train is not a big place on the Tube!”

A Health and Safety Executive spokesperson said: “Any worker concerned about their health and safety arrangements should talk to their employer.

“If they remain concerned, they can raise these concerns with us.”