Labour’s shadow home secretary Nick Thomas-Symonds said: “It’s not good enough for the Home Secretary to hide behind her junior minister on this when there has been such a major security breach on her watch.” 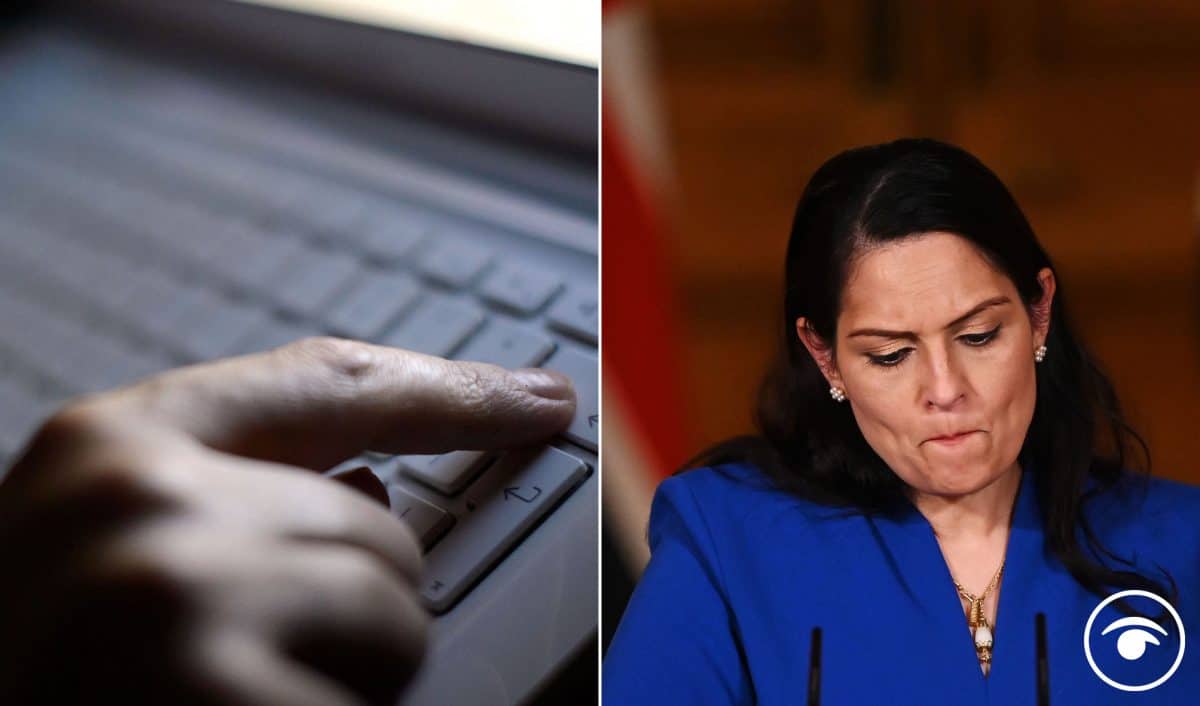 Some 150,000 fingerprint, DNA and arrest history records were accidentally wiped from police databases because of “human error” and “defective code”, according to the policing minister.

Kit Malthouse said the blunder happened during routine maintenance of the Police National Computer (PNC) earlier this week, causing huge swathes of information on suspects released without further action to be lost.

Officers are working “at pace” to recover the data and the incident is not thought to have put public safety at risk, according to an initial assessment.

Speaking to reporters on Friday afternoon, the junior Home Office minister said the PNC was a large database of information that requires maintenance, adding: “Unfortunately down to human error, some defective code was introduced as part of that routine maintenance earlier this week and that’s resulted in a deletion of some records and that’s currently under investigation.

“We have already put a stop to the problem so it can’t reoccur.

“And we are now working very quickly with policing partners and within the Home Office to try and recover the data and assess the full extent of the problem.”

Although admitting officials are “not entirely sure as yet” whether the problem has had an operational impact on the police, Mr Malthouse said contingency plans have been put in place to ensure investigations can continue.

Asked if he could guarantee that future cases are not being jeopardised and no victims will be denied justice as a result, Mr Malthouse replied: “Well, obviously the police have a number of evidential routes that they can use in cases and part of that does rely on the Police National Computer.

“Our job now over the next few days is to recover the data which was erroneously deleted and to make sure what remains on the computer is sound and can be used by police officers.

“And what we’ve said to those who are currently relying on PNC data for investigations is that once we’ve done that, they can re-run their searches and hopefully get the result that they need.”

His comments come after a former police chief warned the “very large” deletion from the PNC risks officers failing to identify suspects who have been released but go on to offend.

The error would appear to impinge on police power to reopen investigations should more evidence come to light in certain cases.

Former Cumbria Police chief Stuart Hyde said the loss represents a “very large proportion” of the around 650,000 people arrested each year and is a “risk to public safety and a risk to the safeguarding of vulnerable people across the country”.

“In terms of the risk this creates, clearly some of those people may be involved in subsequent offending and could only be identified through either fingerprints and DNA when they were subsequently brought to light. That may be only a few people, a handful, but nonetheless it still represents a risk,” he told BBC Radio 4’s Today programme.

“They (police officers) should expect that the providers of the software ensure that there isn’t a system that can automatically wipe what is essentially nearly a quarter of custody delivered DNA and fingerprints in one quick go.”

Labour’s shadow home secretary Nick Thomas-Symonds said: “It’s not good enough for the Home Secretary to hide behind her junior minister on this when there has been such a major security breach on her watch.”

He called for Ms Patel to make an urgent statement outlining the “true scale of the issue, when ministers were informed and what the plan is to provide public reassurance”.

The Times, which first reported the data loss, said crucial intelligence about suspects had vanished because of the blunder, and Britain’s visa system was thrown into disarray, with the processing of applications being suspended for two days.