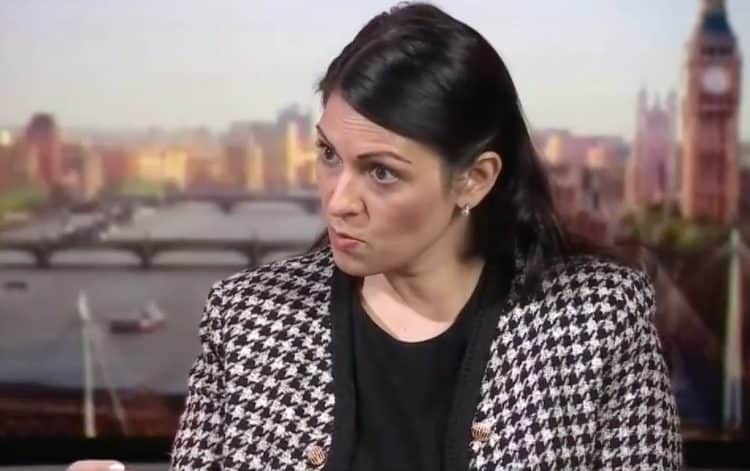 Priti Patel insisted pushing back refugees boats and intercepting at sea will be within the law, as she argued new legislation will fit right in with the government’s plans.

Speaking to BBC’s Andrew Marr, Patel suggested turning boats away from the UK is a priority for Boris Johnson’s government, as she highlighted the “night and day” work that goes into it.

She said: “We are working to absolutely go after the people smugglers and reduce the number of crossings, let me be very clear about this and I will say this to your viewers as well:

“This is a work of this government and it is night and day, there is no complacency here.

Meanwhile, justice secretary Dominic Raab said it’s not “the job of the European Court in Strasbourg to be dictating things” to the UK – sparkling backlash for following Boris Johnson’s wish to rewrite the law in order to overhaul the Human Rights Act.

And a third Twitter user said: “Bringing kindness back to politics. But yes social media is the problem with violence.”

Online anonymity to be scrapped under Patel’s plans

He was referring to Patel’s plans to remove the right to anonymity online, to stop “cruel and relentless” comments direct at MPs.

She told Sky News: “This is about wider public discourse and I would go as far to say social media and anonymity on social media, where Members of Parliament are the subject of some of the most cruel comments and attacks, and they are relentless.

“I’ve seen my colleagues go through some of the most appalling attacks online, and I have as well.”