Today, the Mail on Sunday columnist has urged Labour to acknowledge "honest" and "decent" Tories - but days after the 2016 EU referendum, he had some strong words about former Labour leader Jeremy Corbyn. 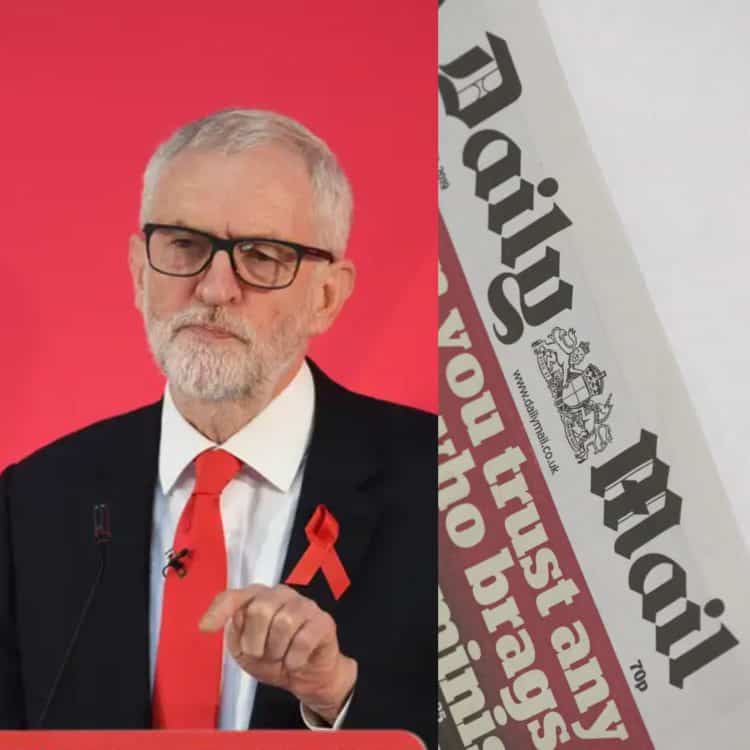 A Daily Mail journalist has been accused of ‘double standards’ and ‘hypocrisy’ upon calling for hatred by Labour against the Tories to end following the attack on Sir David Amess which resulted in the MP’s death.

Dan Hodges, who has been writing a weekly column for the Mail on Sunday since March 2016 had previously called for Labour to “kill” Jeremy Corbyn in June 2016.

His new column, published this weekend, is titled: “I don’t know why Sir David Amess was killed but the visceral hatred of Tories at the heart of Labour has to end right now.

In his piece, Hodges mentions deputy Labour leader Angela Rayner’s comments from last month, in which he called the Tories “scum”, and suggested her tribute to Sir David has not been welcomed by various Tories.

And he also slammed Labour MP John McDonnell’s tribute, going back all the way to 2011 when he said he wanted Tory MPs to not be able to travel anywhere in public “without being challenged by direct action”.

Seemingly ignoring the outpouring of support from left-wing figures, Hodges concluded: “It can’t take the killing of a Conservative MP in their constituency office for the Left to set aside their tribalism and acknowledge the essential decency of one of their opponents.”

And he added that after tributes are paid, Labour will be “back to business as usual”, adding ironically: “Tories – they hate the poor, they hate the migrants.”

“They don’t. Because they’re not ‘scum’. Tories are good, honest, decent, committed public servants, who just happen to have a different political philosophy,” he said.

But only days after the 2016 EU referendum, Hodges published a column titled: “Labour MUST kill vampire Jezza. If MPs don’t vote for ‘Jexit’ now, their party is doomed.”

In the article, Hodges spoke about former Labour leader Jeremy Corbyn’s “toxic influence” over the referendum campaign, and how “his interventions promoting the virtues of uncontrolled immigration drove nail after nail into the Remain campaign’s coffin.”

He argued Labour MPs have to “fight” Corbyn “till he is defeated”.

The resurfaced article sparked a lot of reactions among Twitter users.

“Some double standards there, Dan!”, Phil Thompson said to the columnist.

Meanwhile, Jim Gallagher argued it is the Conservative government that is “breeding hatred”.

“Johnson is the worst and responsible for all of it. The buck stops with him,” Gallagher added.