It comes as it is claimed that Number 10 used 'national security' to protect guest at Boris Johnson's birthday party. 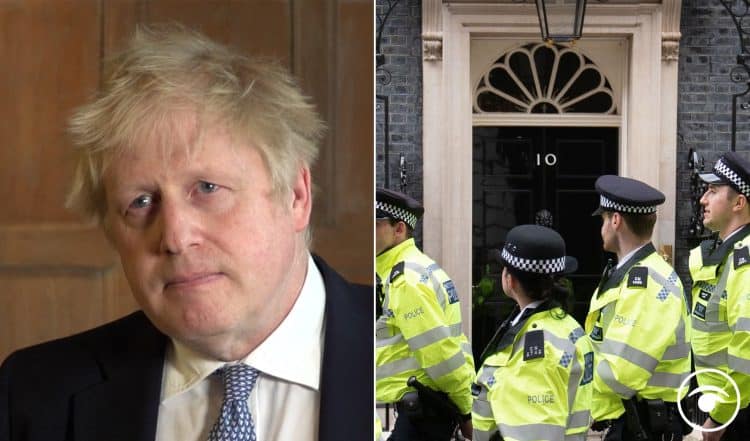 Underfire Boris Johnson led the celebrations at a lockdown leaving do, according to the Mirror.

It is claimed that the PM allegedly poured the drinks to toast his former director of communications Lee Cain in November 2020, and had often urged staff to “let off steam”.

The source said: “He would come in and say, ‘Hello everyone, had a hard week? Letting off some steam? Oh great’. The idea that he didn’t know there were drinks is total nonsense. If the PM tells you to ‘let off steam’, he’s basically saying this is fine.”

It comes as Downing Street has used a national security loophole to spare the blushes of a guest at his lockdown-busting birthday party, the Sunday Mirror reports.

The PM, wife Carrie Johnson and the Chancellor all paid fines this week after attending the birthday party in June 2020.

However, there are concerns about the presence of Lulu Lytle, the luxury interior designer who attended the bash, while she was famously carrying out the pricey refurb of the PM’s Downing Street dwelling.

Speaking to BBC Radio 4’s The World This Weekend programme, he said: “I think that when you hear what happened on the party for which he has been fined, many people would think that they were in accordance with the rules, when they were meeting people they were with every day, who happened to wish them a happy birthday, because that was the day it was.

“I think that was a perfectly rational thing to believe. Now the police have decided otherwise and the police have an authority. But he wasn’t thinking something irrational or unreasonable, that that was within the rules.”

There was fury on social media as these new revelations emerge.