It's not often that the Archbishop of Canterbury can cause a meltdown with his Easter sermon. But, here we are... 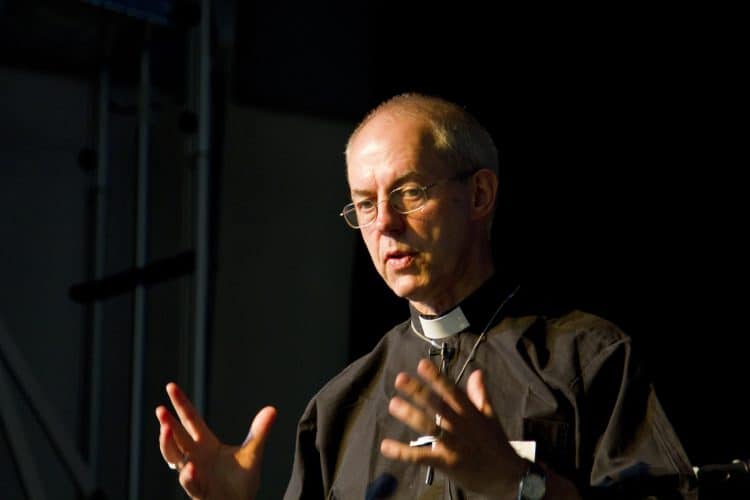 Who better to decide if a new government policy upholds the values of Christianity than the actual Archbishop of Canterbury? Justin Welby has, in rather strong terms, called the Tory plan to send refugees to Rwanda as ‘ungodly’ – and he’s managed to upset a few right-whingers.

The prominent religious figure used his Easter sermon to talk about the importance of taking responsibility for our failures, and the values taught by the story of Christ’s resurrection. Welby, however, soon went direct with his critique.

He stated that the Rwanda refugee deal sees Britain ‘sub-contract its responsibilities’, and even went on to state that the Tory brainwave ‘opposes the nature of God’. For a man of the cloth, he certainly isn’t pulling any punches…

“There are serious ethical questions about sending asylum seekers overseas. The details are for politics. The principle must stand the judgement of God and it cannot. It cannot carry the weight of resurrection justice, of life conquering death.”

“Because sub-contracting out our responsibilities, even to a country that seeks to do well like Rwanda, is the opposite of the nature of God who himself took responsibility for our failures.”

Welby’s remarks have now become a national talking point, during a week where the UK’s treatment of migrants has come under the microscope. The Rwanda scheme is likely to face further legal challenges – and high-profile condemnation – down the line.

However, as one would expect, this sort of criticism doesn’t sit well with the die-hard Boris backers. Sure enough, a slew of right-wing commentators raced to Twitter, expressing their opposition to the Archbishop’s statements.