“In three to six months, there will be a crisis as there will not be enough drivers to bring food to supermarkets,” he told TLE. 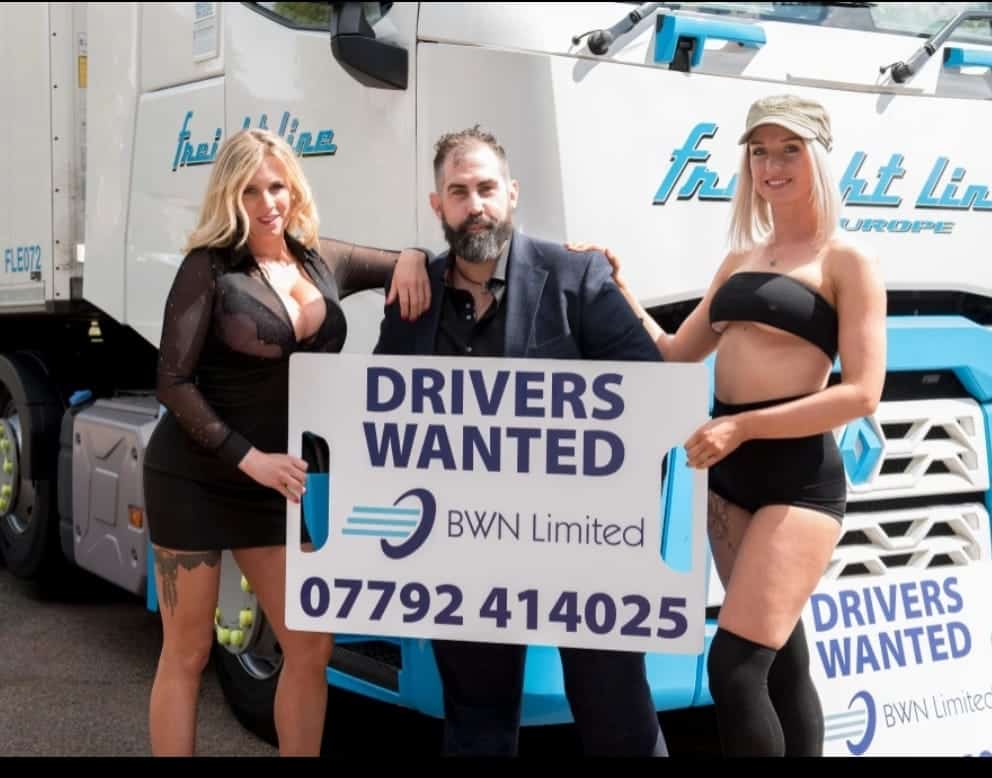 A business director who recruits lorry drivers has warned of a food crisis in the UK in the upcoming months.

Adam Giles, who runs BWN Limited, made the headlines last week after Brexit rules prompted him to attract employees through scantily clad women.

Rules from 1 January mean lorry drivers are no longer classified as skilled workers, so they are asked to pay extortionate fees to help fill British shelves with fresh food.

Speaking to The London Economic, Giles said: “European drivers cannot come to the UK. We had Covid regulations, and now Brexit too.

“It’s around £2,000 for a man to get a six-month visa, and come to the UK. They are not going to pay for this. They will all go to work for France, Germany and Holland.”

He added: “They have to have working visas, so where will these lorry drivers come from?

“In three to six months, there will be a crisis as there will not be enough drivers to bring food to supermarkets.”

Giles said his drivers were from Romania, Poland, Hungary and Bulgaria, with some from England.

He said around 80 per cent were Eastern Europeans, but in the last few months he has been needing “more and more” drivers, as people applying for jobs have gotten “fewer and fewer”.

He added: “English drivers are very expensive and it is a hard job. I found that English drivers don’t want to go into lorry driving. They have to be away for one week, get up between 1 and 4am, work 65 to 75 hours a week and they have families.”

Giles said last week was the first time he tried advertising his business through women at a roundabout in Felixstowe, Suffolk.

He said: “I advertised everywhere, on LinkedIn, Facebook, Twitter, all social media; also through posters in truck stops and flyers.

He added: “What many companies do is advertise in newspapers and on the internet, or go through agencies, but they didn’t have any extra drivers.

“I had to try something different, there are 100 people advertising online, for me it was just a bit of fun.”

Drivers and ladies ‘okay’ with stunt

He said all the drivers have taken the advertisement “how it was intended, just to get a reaction and get people talking”.

He said: “It wasn’t me being sexist. It was for other drivers to recognise me as something different. For me, it’s positive marketing.”

And he explained it was “nothing to do with isolating women”.

“Many people have looked at this very personally.

“Around 95 per cent of drivers in the truck industry are men. So it’s not me not taking women, I have to find the biggest target audience.”

He said the two ladies his firm used to advertise the vacancies own their own business and had a hard time through Covid.

“They were glad and appreciative that we have offered them this job. They would like to come back and do more advertising. I wanted to try and help another small business.

“Anyone who has argued against this, cannot argue that it hasn’t worked, whether we like it or not.”