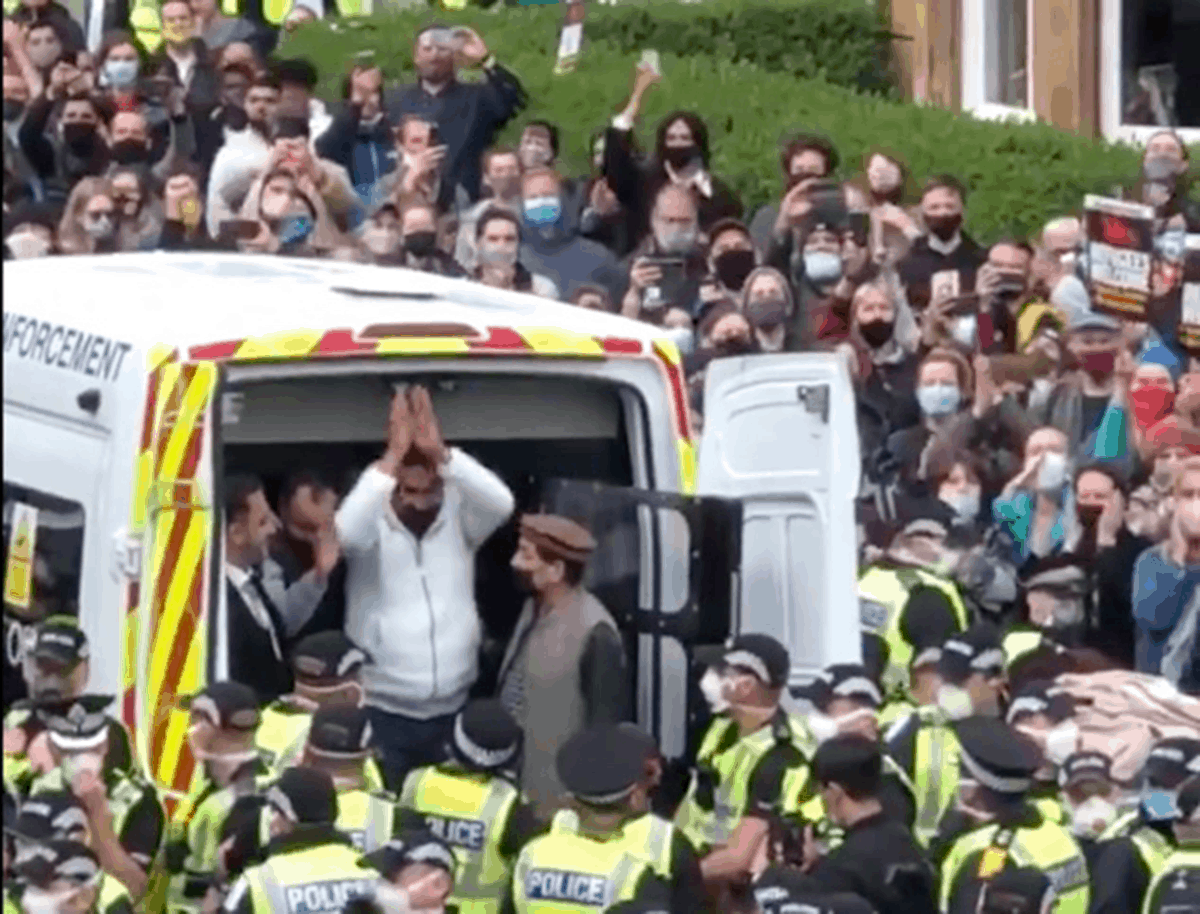 A campaigner who took part in a mass protest against the detention of two men in Glasgow has said its success sends a message that the Home Office “shouldn’t act like the mafia”.

Police Scotland released two Indian nationals detained by Border Force officials in Kenmure Street, Pollokshields, after people surrounded the van they were being held in and prevented it from leaving on Thursday.

Demonstrators blocked the immigration enforcement van for several hours, with one even lying underneath the vehicle.

Mohammad Asif said: “People are fed up with a climate of fear… it was the people’s revolution, led by the people – ordinary people of Glasgow in Pollokshields.”

Asif, director of the Afghan Human Rights Foundation, joined the protest from 10am until the men’s release shortly after 5pm.

The 54-year-old said he texted “nearly 600” people on Thursday encouraging them to join the protest, which was attended by hundreds of people from the local community.

Asked what message the protest’s success sends, Asif said: “The Home Office shouldn’t act like the mafia, they should have a more humane way of removing people.

“We don’t say every person should come to the UK and live here, but we’ve been watching these dawn raids – myself for the past 20 years.

“The Home Office does it in a very brutal way… it’s like you’ve committed murder or rape – there are different ways to remove people without taking them from their bed.”

But not everyone shared Asif’s support for the protests – particularly readers of the Daily Mail, whose reaction caused James O’Brien to lament “the gap between [their] emotional and moral universes” and the “people on the street in Glasgow yesterday” which, he said, “looks unbridgeable”.

It’s not the most important element of the story but the gap between the emotional & moral universes of Sun/Mail/Telegraph readers & the people on the street in Glasgow yesterday looks unbridgeable to me. And I guess everybody thinks they know which one they want to live in.