Now 'even Boris critic says Partygate probe is wrong', according to the Daily Express and Daily Mail, but other papers slam Johnson. 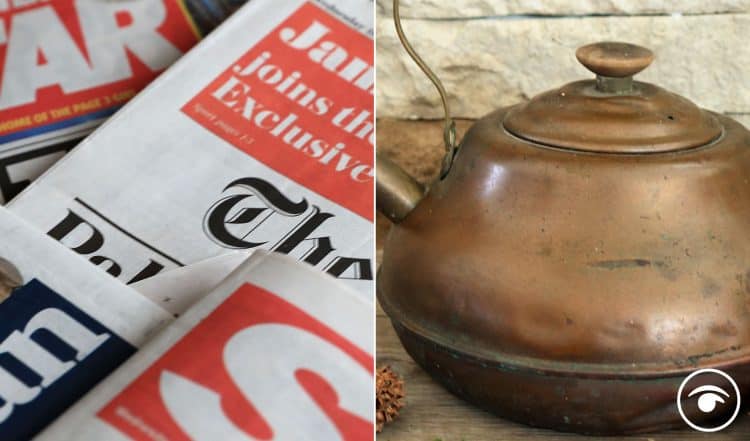 Boris Johnson has been mocked for suggesting that Britons could ease their energy bill woes by buying a new £20 kettle to save £10 a year on their electricity.

Yes he actually said that…

Corbyn was one of many people who slammed his comment.

The front pages feature a new report on partygate and different takes on how to solve the energy crisis.

The Daily Mail and the Daily Express lead on findings from Lord Pannick that reportedly say the inquiry into partygate is “endangering democracy”.

NHS vacancies have reached a “staggering” record high, according to The Independent, while The Daily Telegraph reports GPs were given “record pay rises” during the pandemic.

The i reports that advice from energy firms on how to tackle rising bills would cost “tens of billions” in taxpayers’ money.

Two out of three police forces have seen an increase in gun crime, according to The Guardian.

CCTV footage of the man who allegedly shot nine-year-old Olivia Pratt-Korbel is front page of the Daily Mirror.

Metro leads on the passing of television star Bill Turnbull.

Vladimir Putin has broadened the score of his war in Ukraine, according to the Financial Times.

And the Daily Star says “genius Bozo” has solved the energy crisis.