Private offices and schools will close on Mondays in Lahore in a bid to tackle toxic levels of smog in the city. 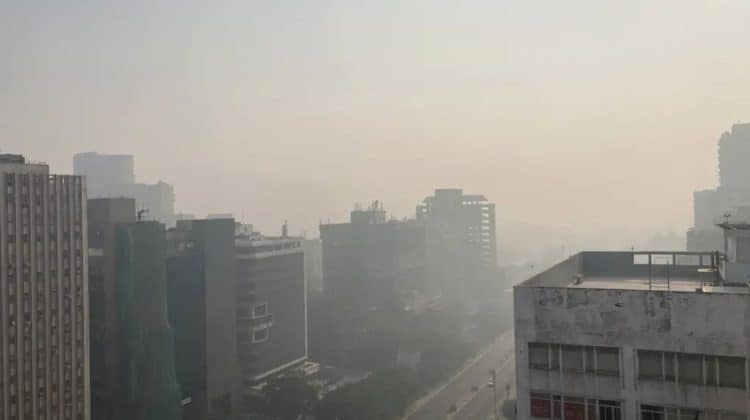 Private offices and schools will stay closed on Mondays in Pakistan’s second-largest city in a bid to tackle toxic levels of smog.

The measure will be in place until 15 January, after Lahore was this week declared the most polluted city in the world by an air quality monitor – with residents suffering from shortness of breath, stinging eyes and nausea from thick pollution.

Last week, an air quality index ranked Lahore at 348 for air pollution, much higher than the threshold at which pollution is considered hazardous. It has since been overtaken by Delhi, which was scored at 422.

Residents have been feeling that their city is harder and harder to live in, filing petitions against the government, according to The Guardian.

One resident, Abubaker Umer, felt compelled to send his elderly parents to another town because of their high sensitivity to air pollution – and his worsening skin allergy and throat irritation prompted him to stop going for walks.

“When you open the window or step outside you see no sky. Smog is everywhere,” he said.

He added: “People don’t even wear masks and they don’t know how deadly the weather is. They lack awareness but this is the responsibility of the government to share awareness and find solutions.”

Pulmonary doctor Aamir Iqbal confirmed Umer’s health fears, saying the smog is “making it very hard for people to breathe” and highlighting the damage it does to the throat, eyes and lungs.

“We see Lahore engulfed by fog every winter due to the past rulers of the city, who had cut trees for erecting a jungle of concrete there which badly affected the green cover of Lahore and its surroundings,” he said last week.

Earlier this year, the UK was found guilty of “systematically and persistently” breaching air pollution limits by the European Court of Justice – which Britain’s ministers want to scrap after Brexit.

The damning judgement came just months after a coroner found that Britain’s illegal levels of air pollution contributed to the death of Ella Adoo-Kissi-Debrah in south east London in 2013.

EU judges later found that the UK failed to follow through on a legal obligation to put in place adequate plans to tackle the growing problem of nitrogen dioxide pollution.