Officials say it is the “worst one we’ve seen so far”. 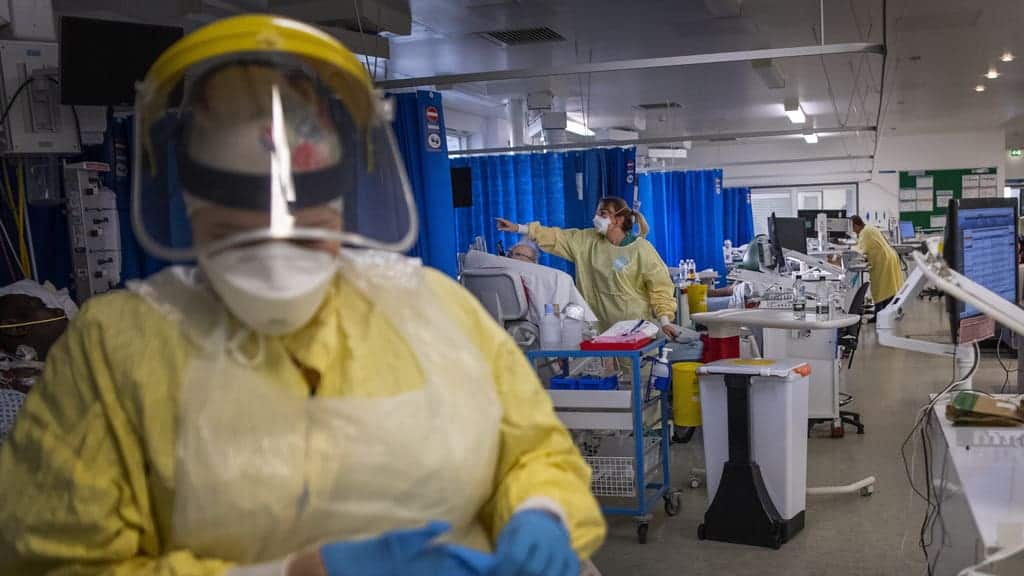 Flights from South Africa, Namibia, Lesotho, Botswana, Eswatini and Zimbabwe will be suspended from midday on Friday as concerns raise over a new variant.

UK scientists sounded the alarm on Thursday night over the B.1.1.529 variant, which has the potential to evade immunity built up by vaccination or prior infection.

Officials say it is the “worst one we’ve seen so far”.

While no cases have been found in Britain, officials raised concern over a rapid rise in cases in South Africa.

People who have arrived from the country in the last 10 days will be invited to take a test.

At the moment around 500 and 700 people are travelling to the UK from South Africa each day, but it is expected this figure could increase as the festive period begins.

The variant has not yet been given the title “variant of concern” in the UK, but one senior UK Health Security Agency (UKHSA) expert said: “This is the worst variant we have seen so far.”

Only 59 confirmed cases have been identified in South Africa, Hong Kong and Botswana.

The variant has over 30 mutations – around twice as many as the Delta variant – which could potentially make it more transmissible and evade the protection given by prior infection or vaccination.

Experts from the UKHSA have been advising ministers on the issue.

A number of scientists have expressed serious concern over the variant due to the significant number of mutations in the spike protein.

One senior scientist said: “One of our major worries is this virus spike protein is so dramatically different to the virus spike that was in the original Wuhan strain, and therefore in our vaccines, that it has a great cause of concern.”

Experts from the World Health Organisation (WHO) are meeting with South African officials on Friday to assess the evolving situation in the country.

The variant could eventually be given the moniker “Nu” – with the most concerning variants given named after the Greek alphabet.