Mum-of-two Deanne Kingson, 58, said one senior Embassy official was desperate to bed both her and her 19-year-old daughter 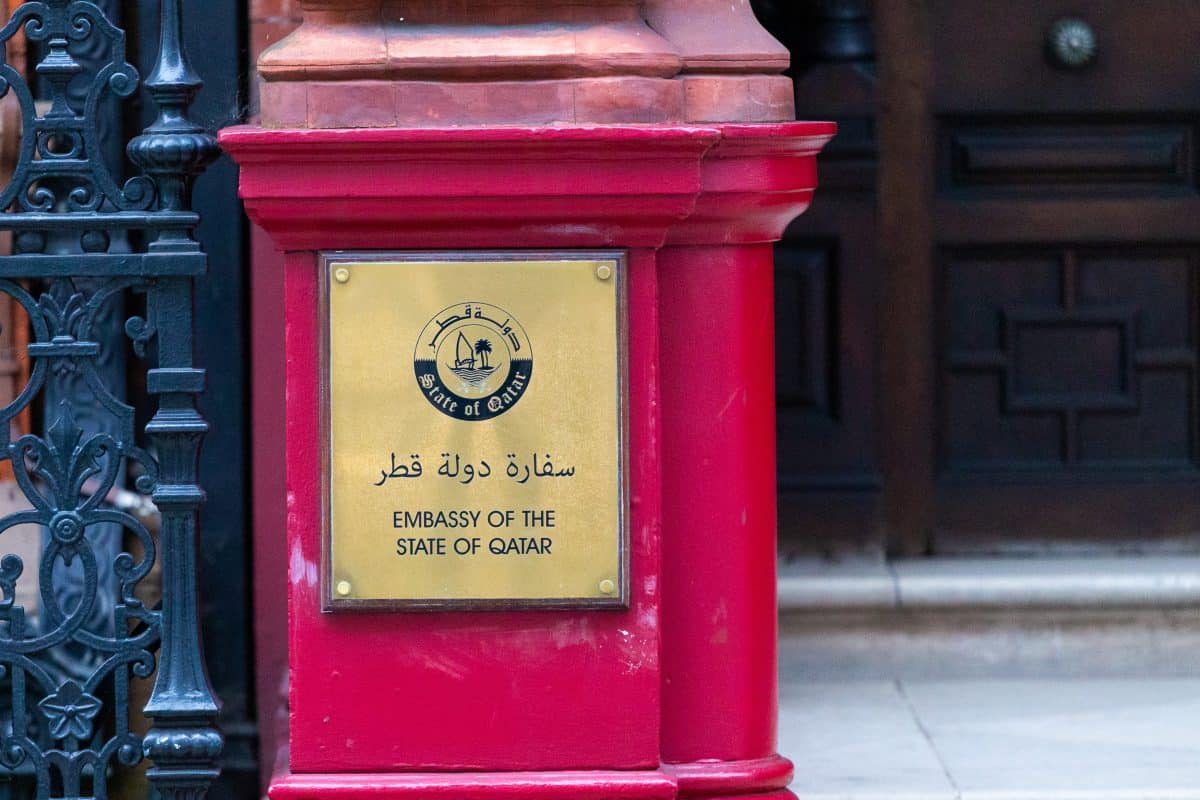 A personal assistant at the Qatari Embassy has been awarded almost £400,000 after a campaign of sexual abuse that drove her to the ‘brink of suicide.’

Mother of two Deanne Kingson, 58, said one senior member of the Embassy was desperate to bed both her and her 19 year old daughter.

Executive ambassador Fahed Al-Mushairi (corr) even offered to marry the young woman – so it would not be “sex outside marriage” that is forbidden by Islam, Central London Employment Tribunal was told.

He regularly invited the woman to chew Khat – a herbal stimulant– at his penthouse flat in the hope she would become sexually aroused, the hearing was told.

And it was alleged he boasted to her of a sexual encounter with another woman insisting on giving her explicit details of the liaison.

After she spurned him, he offered to propose to her daughter so he could have sex with her instead, without breaching Islamic rules,an employment judge ruled.

Mr Al-Mushairi even threatened to take the girl on all-expenses-paid shopping trip to Paris in a bid to impress her.

An employment tribunal judge concluded Ms Kingson, 58, had been the victim of sexual and religious discrimination at the Embassy because she was not a Muslim.

Meanwhile, consultant diplomat Ali Al Harjri asked her to organise parties that she thought were sex parties and invited her to go away with him to Cuba, the tribunal heard.

Ms Kingson, who was brought up Yemen, spent years turning down the advances. She was then suspended for no reason and eventually fired without holiday pay.

She worked at the plush offices in swanky Mayfair, central London, for eight years. Her salary was £30,000 for carrying out a range of secretarial duties.

The case comes as Qatar, which is said to now own more land in London than the Queen, is set to host the World Cup in 2022.

Employment Judge Gill Brown was scathing of the treatment handed out to Ms Kingson over a period of eight years.

She said: “The claimant told me, and I accepted her evidence, that she was subjected to a lengthy campaign of discrimination because of sex and religion or belief for the whole of her employment.

“I accepted the claimant’s evidence that, as a result of this treatment, she suffered severe injury to feelings, including feeling fear, humiliation and shame, difficulty sleeping at night, loss of appetite, being fearful and being reduced to tears, both during and after the working day.

“The claimant experienced feelings of depression, inability to cope with her emotional
distress and ultimately clinical depression, leading her to contemplating suicide.”

She added: “I found she was subjected to humiliating treatment which violated her dignity and made her feel outraged and degraded and that she was insulted throughout her employment.”

Ms Kingson, who lives in London, was awarded £388,920.15 after her claims for discrimination on account of sex and religion. The Qatari government was also ordered to pay her £7,000 costs.

Her horrific ordeal lasted from the time she started at the embassy on 1 July 2006, when she was 45 years old, until 30 June 2014 when she was sacked.

Mr Al-Mushairi repeatedly invited her to chew Qat, a leafy plant popular in the Middle East as a stimulant, at his penthouse from 2006 to 2008.

He told her it made an ambassador friend sexually aroused – and he wished it to do the same for her.

Mr Al-Mushairi also informed her about a sex session he had with another woman – providing explicit details of the encounter.

He made “persistent sexual advances” towards Ms Kingson, the London hearing was told.

When she did not consent, Mr Al-Mushairi said he wished to propose to her 19 year old daughter.

The judge said: “She understood him to mean a short marriage so he could have sex with the claimant’s daughter without this breaching rules in Islam preventing sex outside marriage.”

On one occasion in December 2010, he talked “in a sleazy way” to the young woman, wrapping his gown around her and asking her mother to take a photo.

Over four years, he badgered Ms Kingson about taking her daughter to Paris – and promised to “buy her anything she wanted”.

But, after turning down the advances, she was given her a warning over a booking process, when she was not at fault and when men were not given the same in similar circumstances.

Mr Al-Mushairi also refused to accept her Ramadan greeting in 2012 because he said she did not believe in God, the tribunal was told.

Consultant diplomat Ali Al-Harjri insisted she arranged private parties for him, which Ms Kingson said she understood were “sex parties.”

He also attempted to persuade her to join him on holiday in Cuba, and suggested she get a transfer to the Paris Embassy.

“I found that, because the claimant was employed as a PA or a secretary at the Embassy, and that those acts were done by senior members of the Embassy staff, the Embassy staff abused their position in treating her as they did.”

In April 2013, Mr Al-Mushairi suspended her for two weeks when a visitor was not met at the airport after being provided with the wrong information by male colleague, Haysam, who was not disciplined.

When she came back he told her she should not have returned, and that she would be dismissed in two weeks’ time.

Ms Kingson said he smiled and enjoyed her distress. He then carried on threatening to fire her for no reason

Her line manager Mahmoud Ayyad, who was head of protocol, gave Haysam a series of promotions in a short time, overlooking Ms Kingson, the tribunal heard.

In January 2014 he asked her to go to Paris to deliver an item to the Prime Minister’s son outside working hours.

Ms Kingson said she was required to return to work the next morning, as a humiliation.

She was finally sacked on 30 June that year without any reason being given, alongside a male employee, who was then reinstated. She was not even given half a month’s holiday pay of £1,250 to which she was entitled.

Ms Kingson consulted her GP about feelings of depression and anxiety for the first time in her life in 2006.

A medical report presented to the tribunal confirmed she continues to suffer from depression and her work and job issues continue to affect her mental state.

She is taking antidepressants. Ms Kingson, who is now 58, also had counselling and is being regularly reviewed.

Her mental state has been worsened by the fact that she was dismissed and she has been unable to find permanent employment since, despite applying for 700 jobs. She has survived on savings and on state benefits.

She told the hearing she was unable to escape the treatment she suffered while at the Embassy because she was afraid to leave her job. She feared she would be unable to obtain alternative work.

The employment judge said: “She was a single parent at the time and needed to provide for her two dependent children.”

Ms Kingson said she hopes to return to work in the future. The judge said she has “considerable skills and she is dedicated to finding alternative work.”

Awarding her £7,000 costs, though she had applied for £20,000, Employment Judge Brown added: “The Respondent has put forward no defence to the claims brought against it under European law.

“It has not engaged in the proceedings, has made no attempt to resolve the matter and therefore has required the Claimant to pursue her claim through the Tribunal to a remedy hearing.

“The respondent has acted unreasonably in doing so.”