"Our neighbour said this has been happening for two years and he's reported it to the Environment Agency 15 times," said angry Elliot Wollen 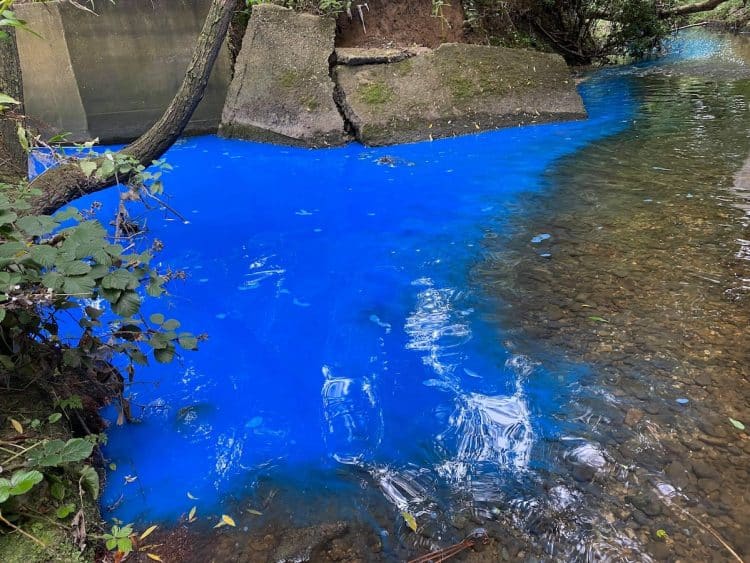 Elliot Wollen, 31, voiced fears that the “polluted” countryside stream, which is popular with dog walkers and children, could be carcinogenic.

But he claimed that Environment Agency officials have ignored 15 complaints about the waterway over the last two years.

Elliot has pointed the finger at a neighbouring industrial estate with a storm drain leading into the stream. He said the “pollution” happens every Sunday.

Police have now launched a probe into the alleged chemical dumping in Canons Brook in Harlow, Essex – with Elliot demanding that the culprits face criminal prosecution.

Elliot, who manages a local community farm, said: “No one knows what this substance is and we’re just being ignored.

“Every Sunday morning someone is washing this substance down the drain.

“Our neighbour said this has been happening for two years and he’s reported it to the Environment Agency 15 times.”

Elliot raised the alarm on social media on Sunday (Aug 15) when he saw the brook at the end of his half-acre farm had turned a bright and deep blue.

Elliot said the odourless colouring – believed to be ink – drifted 300 metres downstream and approached the popular fishing spot of River Stort half a mile away.

He added: “People have got pictures of it pink, red and white.

“Hopefully they [the culprit] will be prosecuted and they’ll have to pay for any damage.

“People in Harlow won’t stand for it, they’re outraged.”

There is no evidence of harm to wildlife or humans due to the substance but Elliot is concerned that it could pose a cancer risk.

He said: “Even if it’s ink, it’s potentially got carcinogenic qualities.

“We’re concerned about human and animal health and the wider environment.”

Elliot has taken a sample of the discoloured water, most of which has now dissolved into the river, to be tested at a local lab.