"Predatory gambling companies target the poor and the young. We know the tragic cost of this targeting - at least one death per day." 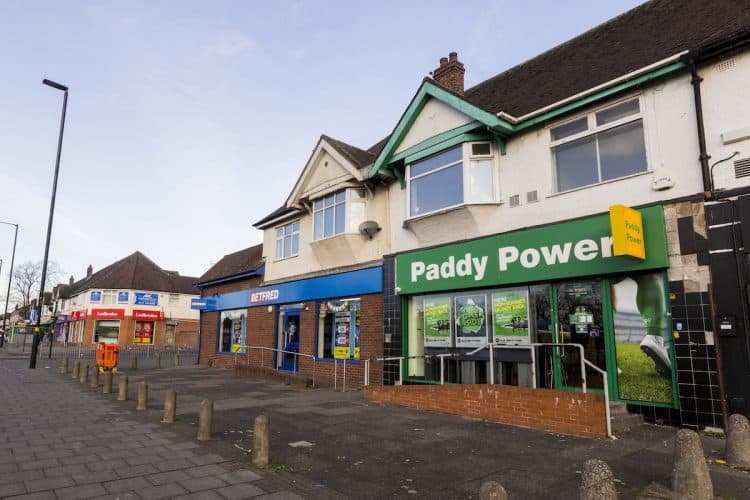 One of the UK’s most deprived areas has been nicknamed “Bookie Belt” after a cluster of four betting shops opened up just yards away from each other.

Washwood Heath Road in Ward End, Birmingham, has seen an influx of bookies springing up in a community with high levels of unemployment and low income.

Locals can gamble at branches of Ladbrokes, Paddy Power, Betfred and William Hill – all just a matter of a few metres away from each other.

Politicians and residents have now slammed major gambling companies for targeting the most vulnerable in society in one of the poorest areas of the country.

Dad-of-two Amandeep Khaira, 44, who lives in Ward End, said: “Many people have found it unacceptable for these bookies to be springing up in this area.

“Some are unhappy, not only in some cases on religious grounds, but also because of the impact on poor and vulnerable families.

“It is no coincidence they have deliberately targeted a deprived area to try and make the most money to line their pockets with out of poorer members of society.

“There is something morally wrong about this, they know gambling addicts are more likely to be found in these sorts of areas and they are exploiting that fact.

“Many people are struggling to make ends meet here and yet the temptation to endlessly fritter away what money they have is found right on their doorsteps.”

A University of Bristol study recently discovered that a fifth of all gambling premises in the UK are now located in the poorest areas of the country.

It found that betting shops are ten times more likely to be found in deprived towns than in affluent areas.

A planned Government White Paper setting out a review of the Gambling Act has been postponed until at least May.

He told a full Birmingham City Council meeting recently: “Lax regulation amounts to gambling with people’s lives, and with our values as a council.

“How can it be right to leave gambling venues to their own devices, and to abandon vulnerable addicts to the open market that gambling has become?

“The overwhelming profit from this industry is drained from those who can least afford it.”

Liz and Charles Ritchie started the Gambling With Lives charity after they lost their son Jack to suicide in 2017.

They say that currently at least 500 young people die every year as a result of gambling addiction.

They told the BBC previously: “Predatory gambling companies target the poor and the young. We know the tragic cost of this targeting – at least one death per day.

“At the moment, local communities have so little say in opposing any planning.

“We’ve been contacted by local communities who have had a terrible problem with this. People don’t want betting shops.”

Labour Councillor Alex Aitken, for King’s Norton, also highlighted the tragic case of Luke Ashton, from Leicester, who took his own life while trying to quite gambling.

He said: “He (Jack) was trying to give up gambling, but got clawed back in during lockdown after being bombarded with free bets, some of which were worth 4 and 5 figure sums.

“The bleak fact is that 86 per cent of online gambling profits come from just 5 per cent of gamblers.

“Imagine the justified anger and outrage if an alcoholic drinks supplier sent a complimentary crate of beer to a recovering alcoholic, someone who they knew had been attending Alcoholics Anonymous, trying to get their life on track.

“And then when that was ignored, imagine they then sent them a complimentary bottle of vodka and then another one.

“In the gambling industry, sending so-called ‘free bets’ to gambling-users is accepted simply as a clever marketing ploy and the results can be catastrophic.”

A Betting and Gaming Council spokesperson said: “We strongly support the Gambling Review as a further opportunity to raise standards.

“But it’s vitally important that it strikes the right balance between protecting the vulnerable and not spoiling the enjoyment of the vast majority of customers who enjoy a flutter safely and responsibly.

“In contrast to the growing unsafe, unregulated black market online, regulated BGC members must abide by the strict advertisement rules which make clear adverts must not exploit children and other vulnerable persons in relation to gambling activity.

“According to the regulator, the Gambling Commission, the rate of problem gambling fell from 0.6 per cent to 0.3 per cent in the 12 months to September last year.”