"Stoking up tension, macho posturing & trying to 'out do' the Tories on hawkish foreign policy will only lead to further devastation." 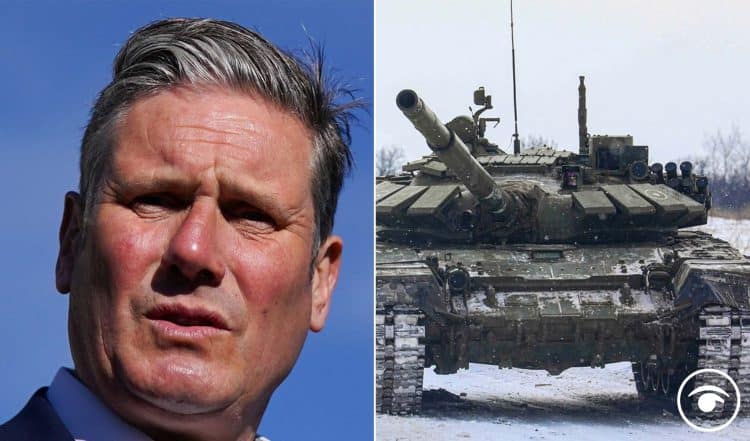 Young Labour shared a statement online on Monday, saying they are ‘especially concerned’ with party leader Keir Starmer’s push for more UK engagement with NATO amid growing tensions on the Russia and Ukraine border.

Boris Johnson has warned an invasion of Ukraine could take place within 48 hours as he urged Vladimir Putin to step back from the “edge of a precipice”.

The Prime Minister said “serious preparations” were being made for a Russian invasion, with around 130,000 troops massed on the borders of Ukraine.

It comes after Sir Keir Starmer has condemned an anti-war group with links to Jeremy Corbyn, further distancing himself from the former Labour leader as he declared his party’s “unshakeable” support for Nato.

The Stop the War Coalition, which was initially launched to oppose US military action in response to the 9/11 terrorist attacks in 2001, says it stands against what it describes as Britain’s “disastrous addiction to war”.

But it has repeatedly come under fire for alleged anti-Western sentiments.

Mr Corbyn, now an independent MP, is a former chairman of the coalition, and later spoke at a rally staged by the group last Thursday night, titled No War in Ukraine: Stop Nato Expansion.

Young Labour While we accept difference in policy positions to the current leadership of our party, we are especially concerned in this instance to see Keir Starmer pushing not only for further engagement with NATO, but celebrating it while attacking Stop The War and other pro-peace activists

NATOs acts of aggression both historical and present are a threat to all of our safety. Young Labours delegates from across our membership and affiliates voted that we should withdraw from NATO and pursue an international policy based on peace, adopting this as official policy.

Stoking up tension, macho posturing & trying to ‘out do’ the Tories on hawkish foreign policy will only lead to further devastation, loss of life and displacement of people across the world. We offer solidarity with those organising against this, including members of Stop the War

Labour has too often been on the wrong side of international issues. Young Labour calls on the leadership to stop backing NATO aggression, call wholeheartedly for peace, commit to constructive engagement with activists and deliver international policy around peace and cooperation