Commentator Ali Miraj: "Lewis needs to make a donation to someone to get in. It's a welfare system for the well connected." 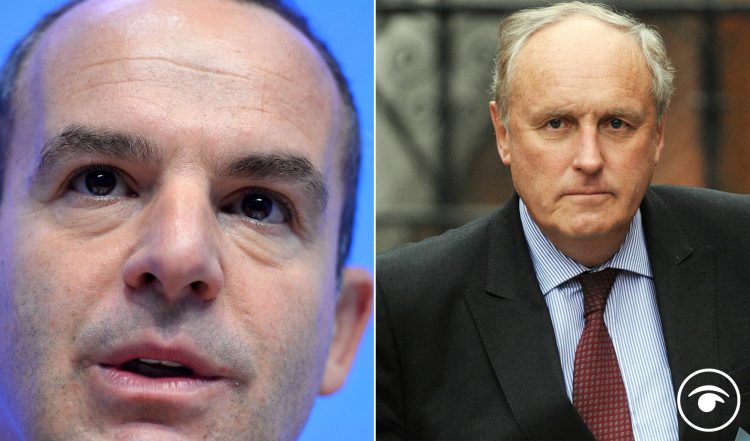 Mr Lewis said that it was only a few weeks ago that his attempt to become an independent peer was turned down by the House of Lords Appointments.

Consumer expert Martin Lewis has revealed he was recently turned down after applying to become a member of the House of Lords.

It comes as there are rumours that Paul Dacre may become a Lord and there are still questions over the peerage handed to Evgeny Lebedev son of a KGB officer.

Mr Lewis, founder and chair of MoneySavingExpert.com, said that he believes his bid for a cross-bench peerage was rejected because he was “honest” about the limited time he could commit to the role.

In an interview with the BBC’s Political Thinking podcast, Mr Lewis expressed his desire for “more consensual, co-operative politics”.

Mr Lewis has become increasingly vocal in recent months on behalf of consumers and financially stretched households, amid surging inflation and a cost-of-living crisis.

“I never attack the Tories, I attack the policies of the Government,” he said.

He told the podcast, hosted by Nick Robinson, that he was a member of the Liberal Democrats until the age of 24 but since then has been a “floating voter”.

Mr Lewis said that it was only a number of weeks ago that his attempt to become an independent peer was turned down by the House of Lords Appointments Commission.

“I did this really silly thing and I was honest in the interview,” he said.

He said that he told the commission he could only offer a limited number of hours.

“I’m very busy with my job, but most importantly, I have a nine-year-old daughter and until she is 13, my most important job from 6.30pm until 8pm at night is to be with her and put her to bed.

“I would see my role as being learning for three to five years, with limited input and then gradually over the next five to 10 years, committing more time to the House of Lords.”

Mr Lewis suggested that this may have represented a “stumbling block” to his application, although he said that the commission invited him to apply again in the future.

“I don’t think I was willing to give them the time that they felt was necessary to be in the Lords.”

Related: Mail front page comes back to haunt Dacre amid rumours that he could be made a Lord