"I had a weird dream that we live in a country where people ask Christopher Biggins for his view on Brexit and follow the advice of Right Said Fred on virology," wrote one confused Twitter user. 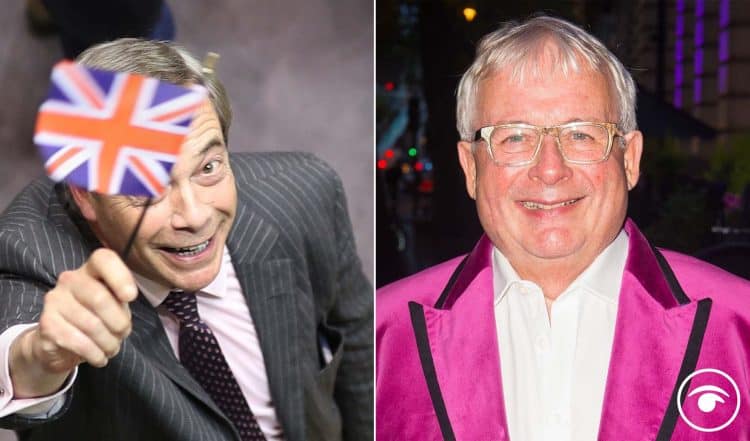 Today was the day that Andrew Neil, Chairman of GB News, was due to come back into the hot seat and present his show again. However, this seems very unlikely.

But never fear Nigel Farage is still at the station trying to haul up the ratings.

Since the former BBC broadcaster took a holiday two months ago, GB News has made Nigel Farage its star presenter and is rebuilding the brand in the image of the former Ukip and Brexit politician.

But the Farage sparkle looks like it is wearing off and ratings have tanked, again, after a brief bump when he joined the channel.

The average number of people tuning in has dropped by more than 20,000 per day since its debut in June.

Everything Farage touches, it turns to dust & failure. ?https://t.co/bieSt6oA2L

So what political heavyweight would Farage turn to? Well actor and panto star Christopher Biggins of course who joined Nigel on his ‘Talking pints‘ show.

Here he is making his comments about Brexit and why we should have left the EU. Biggings still believes in the sunlit uplands its appears.

Christopher Biggins tells Nigel Farage why he 'was for Brexit.' pic.twitter.com/7pYGqgRpRl

Well that's a turn-up for the books! Christopher Biggins, a 72 year old life-long Conservative voter, who cried on the day that Thatcher died and whose views were too offensive even for Celebrity Big Brother, supports Brexit.
Who'd have ever guessed that? https://t.co/hoS9hpWlXw

So we had to get out because they were doing something that they are still able to do, whilst we are out?!?!? Ermmmm. Yeah #Biggins pic.twitter.com/A4XnK9gxCe

After listening to the considered views of the well know political expert Widow Twanky, I've come to the conclusion that they're all bat-shit fucking crazy and living in some kind of alternative universe for the deluded… https://t.co/7i4jGS5kST

The day that Brexit went looking for Christopher Biggins to validate it was not a good day for Brexit.

Brexit gets validation from Christopher Biggins next up Zig and Zag talk Foreign policy. Its 2021 everybody and the world is pissing itself at us.

Well if Christopher biggins thinks it then it must be true. Next up we get thoughts from Sooty and Sweep on the future of Bitcoin.

I had a weird dream that we live in a country where people ask Christopher Biggins for his view on Brexit and follow the advice of Right Said Fred on virology.