“Nursing staff have given their all to treat patients during the pandemic and some have paid the ultimate price." 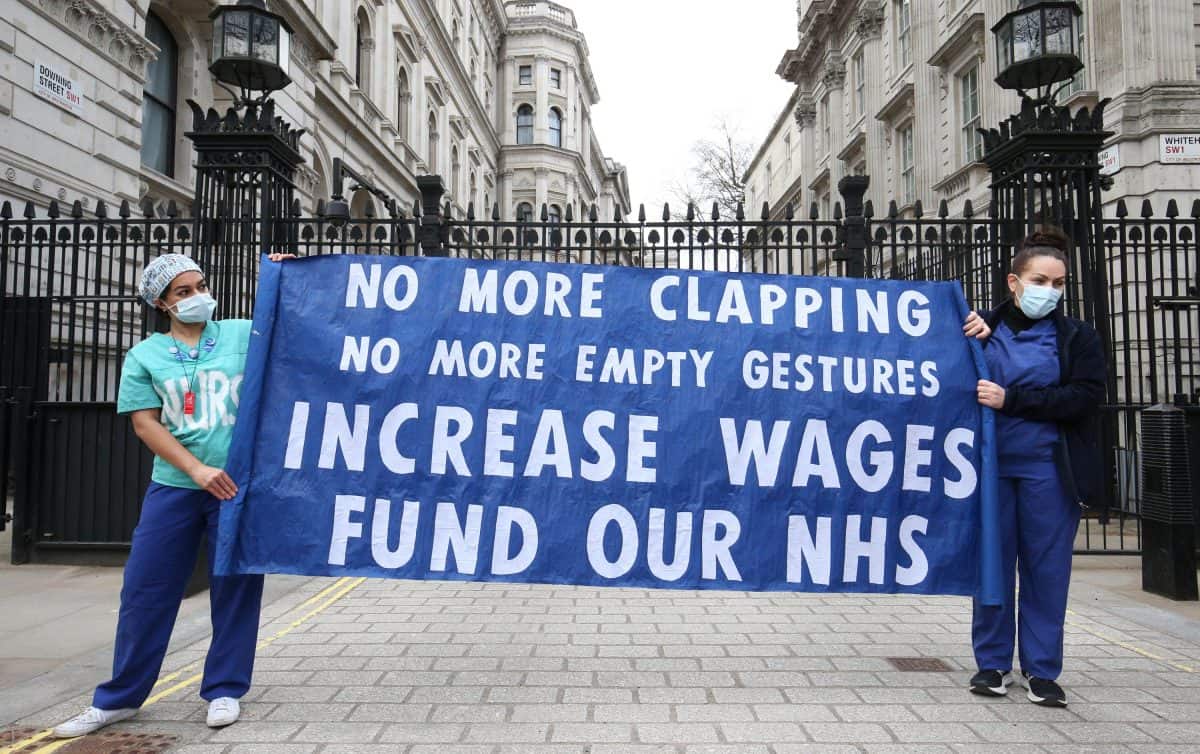 Nurses are not “angels or heroes” but are highly-skilled workers with a key role in safety, the head of the Royal College of Nursing (RCN) has said.

Speaking one year since the World Health Organisation (WHO) officially declared a pandemic, Dame Donna Kinnair said Covid-19 has demonstrated the highly-skilled, technical aspects of nursing.

“Everyone knows a nurse but not everyone can say they know what a nurse does – until now,” she said.

“Old-fashioned stereotypes of nurses as handmaidens of the ward have been rubbished.

“We are not angels or heroes – we are highly skilled and carrying out a safety-critical job.

“Nursing staff have given their all to treat patients during the pandemic and some have paid the ultimate price.

“Others are facing burnout and what they need now is the opportunity to rest and recover when we come out of the pandemic.”

According to RCN analysis, at least 952 health and care workers in the UK have now died as a result of the virus but the true number is likely to be much higher.

The Government has come under fire in recent days over its controversial proposal for a 1% pay rise for NHS workers.

They’ve been there for us. Now it’s our turn to be there for them.

If you want health workers to get a decent pay rise, please join the slow handclap and help us tell the government to think again.

Chancellor Rishi Sunak is likely to face questioning on the pay offer when he appears before the Commons Treasury Committee on Thursday regarding his recent Budget.

At Prime Minister’s Questions on Wednesday, Labour leader Sir Keir Starmer demanded MPs be allowed to vote on pay increases for NHS workers, as he accused Boris Johnson of “breaking promise after promise”.

He warned nurses face a “real-terms cut” and said the PM was choosing to “shut the door in their face at the first opportunity”, having previously clapped for carers.

Mr Johnson repeatedly claimed a pay increase would be delivered for NHS workers, defended his Government’s spending record and said he would see what the independent pay review body reports back.

Sir Simon Stevens, chief executive of the NHS in England, told MPs on Tuesday that health workers, including nurses, had expected a pay rise above the 1% proposed by the Government.

He said plans set out previously had budgeted for NHS pay to increase by 2.1% this year.

Health minister Lord Bethell has argued nurses are well paid and have secure jobs while millions have been left out of work due to the pandemic.

While acknowledging it is a “challenging” profession, he said it was also an attractive one that “a long queue of people” would like to take up.

Health unions and the TUC are urging the public to take part in a slow hand-clap on Thursday evening over the pay offer, with people asked to stand on their doorsteps and balconies to take part in the action.

Meanwhile, it is understood 8,100 international nurses have joined NHS trusts as registered nurses between April and January this year.

The health service plans to recruit as many as 1,000 nurses per month for the next year, according to The Independent.

Ruth May, chief nursing officer for NHS England, said: “It is a testament to our wonderful NHS that healthcare professionals from all over the world have chosen to come to work with us in a variety of roles providing support and care to patients, and we are delighted to welcome them to our teams and extend the invitation to others to join us.”