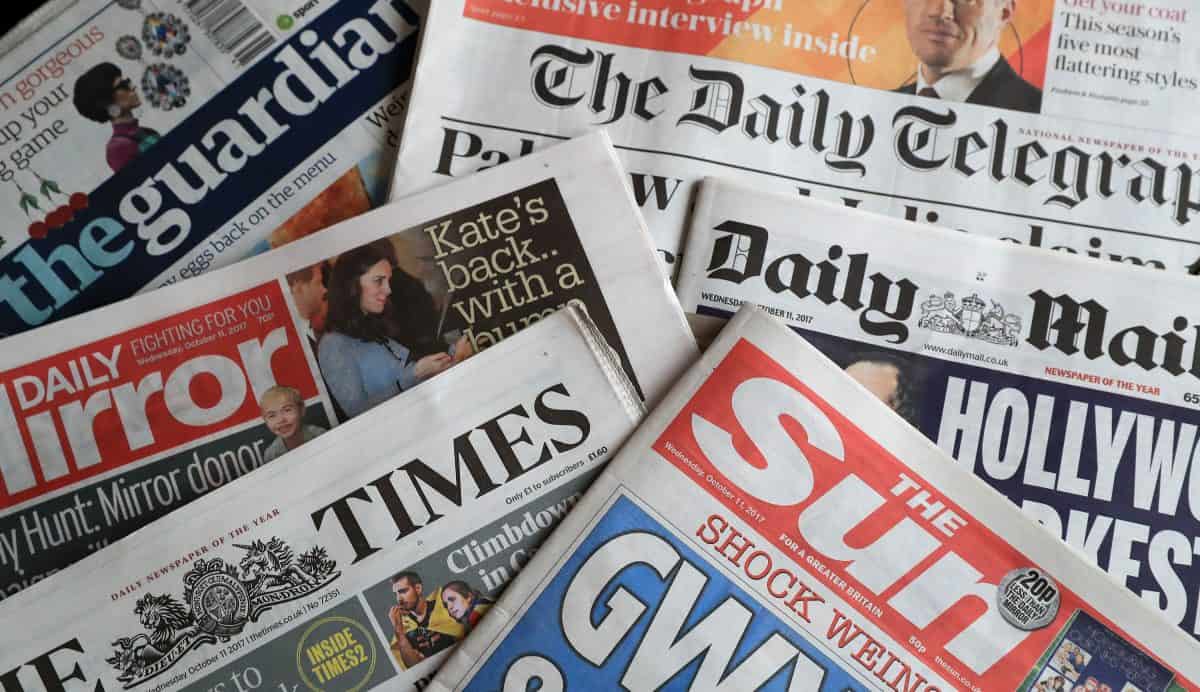 The executive director of the Society of Editors (SoE) has resigned after a number of high-profile journalists and industry figures withdrew from the National Press Awards over claims that there is no racism in the British press.

Ian Murray issued a statement on Wednesday night saying that he was stepping down from his position. His position became increasingly untenable when the withdrawal of host Charlene White was followed by a string of nominees – including The Yorkshire Post – saying they did not wish to be considered at the ceremony.

“Since the statement was issued, the SoE has been heavily criticised,” Murray said. “While I do not agree that the society’s statement was in any way intended to defend racism, I accept it could have been much clearer in its condemnation of bigotry and has clearly caused upset.

“As executive director, I lead the society, and as such must take the blame, and so I have decided it is best for the board and membership that I step aside so that the organisation can start to rebuild its reputation.”

The society had issued a statement on Tuesday after the Duke and Duchess of Sussex’s interview with Oprah Winfrey, headlined “UK media not bigoted”. The controversial claim caused a significant backlash, with many – including 236 journalists of colour from the BBC, Guardian, New York Times and others – signing an open letter expressing their outrage.

While the society printed a retraction on Wednesday, suggesting the original statement “did not reflect what we all know: that there is a lot fo work to be done in the media to improve diversity and inclusion”, it was seen by many as too little too late.

ITV anchor White was the first to withdraw from the National Press Awards, saying in a message to Murray: “Perhaps it’s best for you to look elsewhere for a host for your awards this year. Perhaps someone whose views align with yours: that the UK press is the one institution in the entire country who has a perfect record on race.”

Rachel Oldroyd, editor of the Bureau of Investigative Journalism – the first outlet to withdraw nominees over the controversy – said: “This is not about an individual, but about us all helping our industry bring about the change it clearly needs. We cannot begin to make those changes if we don’t face the problems that are there. Perhaps we could start by appointing a person of colour to run the Society of Editors.”

They were followed by The Yorkshire Post, whose editor – James Mitchinson – also withdrew the paper’s nominees. “I came into local journalism because I wanted to be of service to local people. As a coal miner’s lad whose accent is greeted with disdain, I cast myself as a chippy champion of underdogs,” he said.

“I wanted to offer a voice to those who have none. Here is one such moment where I have a choice to make. Here I am, troubled at the prospect of accepting adulation from an organisation that cannot see the prejudice before them, even when it screams in sans serif caps lock, 200pt.

“As a forty-something white man, I feel woefully short of credentials to bring to this fight, but I will be damned if the colour of my skin and my perceived social status is going to prevent me from listening, learning, bettering myself and my workplace.

“It is now up to the Society to decide how it betters itself, for the sake of decent journalism and, critically, the sake of a more decent, tolerant society.”

Alison Gow, SoE president, thanked Murray for his contribution – praising his work as a campaigner on journalistic freedoms.

She added: “The society is committed to representing all journalists and upholding journalism; I am clear on what our mission must be, and we will strive as an organisation to listen and hear everyone’s views, and be strong advocates and allies for all those we represent.”

Related: Campaign to #BringBackPiers flooded with pictures of actual piers