"Football's equivalent of Brexit would be jumpers for goalposts." 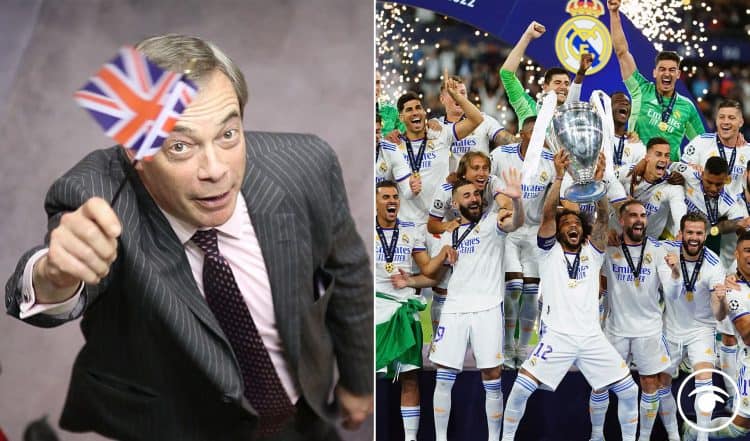 Glasgow Rangers football club are set to defy UEFA’s ban on national anthems ahead of their clash with Napoli.

They are expected to play ‘God Save the King’ before kick-off in their Champions League group stage game to despite the sport’s governing body outlawing it.

UEFA statement said: “There will be no anthems played — this also includes the UEFA Champions League anthem — on the basis of maintaining a consistent pre-match ceremony with a subdued atmosphere and without any celebratory activities across all UK venues to show respect as we did last Thursday.”

Responding to the news that UEFA don’t allow national anthems to be played, in spite of the Queen’s death, Nigel Farage tweeted: “Time we threatened to leave European football. Without us they would be nothing.”

His previous comments about keeping politics out of football have resurfaced on the Grieve Watch Twitter account.