“The cost of living is currently unbearable. I've always been under or on the poverty line despite spending a decade in education, getting a degree and working two jobs to alleviate this." 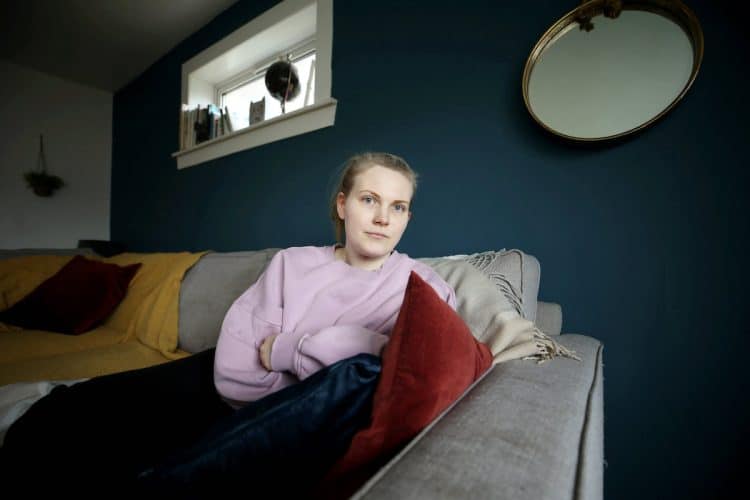 A disabled university graduate is choosing between eating or heating as she expects her bills to soar.

She said ‘there is nothing left to cut back on’ as she faces one of the worst economic crisis since the 1970s.

Krya, from Hamilton, South Lanarkshire, has always strandled the poverty line despite spending ten years in education and securing a BA Honours degree in journalism.

Kyra said: “I was already skipping meals before they cut the universal credit uplift last year, now I barely eat.

“As of April all of my bills will be going up, I can’t afford that.

“There’s nothing left to cut back on.

“The cost of living is currently unbearable.

“I’ve always been under or on the poverty line despite spending a decade in education, getting a degree and working two jobs to alleviate this.

“This turned out to be at the cost of my mental health.

“For now I can’t even focus on getting better because the things I need to survive that should be available are slowly being taken away from me.

“This is constant – how are we supposed to deal with price hikes when we are already at a disadvantage.

“The only reason I am not at food banks right now is because I get an extra £240 a month from PIP because of my disability.

“This has become a lifeline but the process for receiving that extra help took around six or seven months, it was exhausting.

“I don’t own a car, I could never afford one and I have debt so it ruled out financial options.

“I rely on public transport, mainly trains but the prices have gone up.

“Inflation has caused food prices to skyrocket over the past few years.

“I have to use free products, otherwise I get ill – these are hit the most.

“It’s past worry, I’ve been having to make these choices for years already, this energy crisis just solidifies what people were already dealing with.”

Derek Mitchell, chief executive of Citizen’s Advice Scotland, said: “We are facing a nightmare scenario in the spring as the rising cost of living and increases in energy bills collide with flat or falling incomes.

“Around half a million people are already cutting back on food shopping to deal with unaffordable bills, and looking at the demand for advice the Citizens Advice network saw during the pandemic, we see a link between the need to use a food bank and the need for advice around utilities.

“People are holding on by their fingertips.

“They can’t afford a big rise in bills with no support. Some sort of emergency action from the government is essential.”