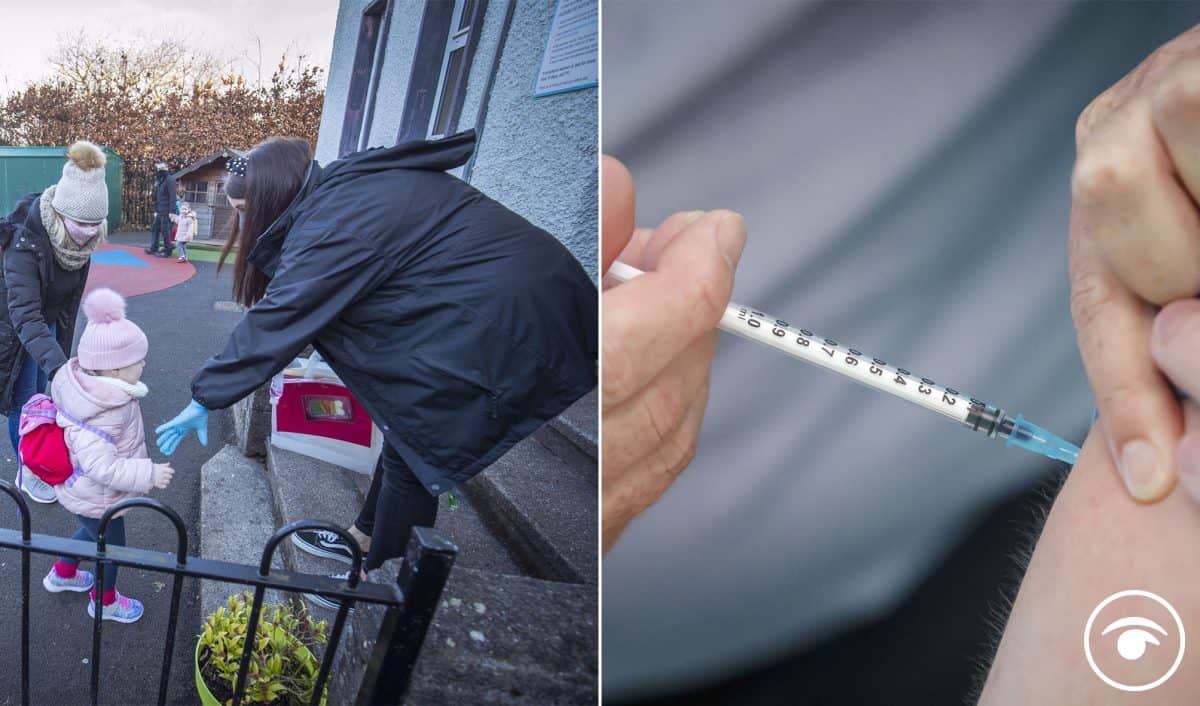 Education unions have been left “disappointed” after Government advisers decided against prioritising school and college staff in “crowded” classrooms in the next phase of the Covid-19 vaccine rollout.

One school leaders’ union leader said ruling out an occupation-based rollout for the vaccination programme due to complexity was “not a good enough reason” to leave education professionals out of the second phase.

The comments came after the Joint Committee on Vaccination and Immunisation (JCVI) concluded that vaccinating in order of age – starting with people aged 40-49 – remains the quickest way to cut deaths.

The JCVI considered whether teachers should be vaccinated next, but concluded that age remains a major factor in serious illness and speed of the rollout was of great importance.

Geoff Barton, general secretary of the Association of School and College Leaders (ASCL), said he was “disappointed” by the outcome – especially after ministers announced this week that all pupils in all year groups in England would return to class from March 8, despite repeated warnings from unions.

The heads’ union has urged the Government to “reconsider” the decision so school staff are prioritised.

“This seems only right if it is asking all these staff to be in crowded environments where the vast majority of people have not been vaccinated, and where the absence from school of any teacher directly affects the quality of education,” Mr Barton said.

Professor Wei Shen Lim, Covid-19 chair for the JCVI, said one of the difficulties with looking at vaccination according to occupation was that jobs are not very well recorded in GP records.

Paul Whiteman, general secretary of school leaders’ union NAHT, said: “The fact that it may have added some complexity to rollout is not a good enough reason not to prioritise the needs of committed professionals.

“A sick teacher is a teacher away from class which will mean further disruption to pupils’ education and could well mean that they may need to be educated from home again.

His comments came after schools minister Nick Gibb confirmed that face coverings and asymptomatic Covid-19 tests in secondary schools will not be compulsory when pupils return to class next month.

Jon Richards, head of education at Unison said: “School staff are being asked to go back into an environment of crowded classrooms, often with little chance of social distancing.

“Many are working one-to-one, in small groups or in cramped dining rooms. School staff also tend to be in higher risk groups than their teaching colleagues.

“It’s hugely disappointing they’re not considered a higher priority and we’ll continue to make the case for their vaccination.”

Neil Leitch, chief executive of the Early Years Alliance (EYA), accused the Government of being “lazy” in its decision not to prioritise frontline workers, including early years staff, with no option to stay home.

He said: “It shows rhetoric about essential workers, is just that, rhetoric.

“If there was a genuine will to protect our educators, rather than just chasing top-line vaccine figures, I have no doubt it could be done just as quickly and efficiently as every other phase of the rollout to date.”

Downing Street has defended the decision not to prioritise key workers, such as teachers and police officers, in the next phase of the rollout.

A No 10 spokesman said: “The JCVI have advised that even in the under-50s, age remains the biggest single factor determining mortality and hospitalisations, so it is therefore right that we accept their advice to continue to prioritise by age as this will protect the most people and have the biggest impact on reducing NHS pressures.

“They are also clear that giving priority to certain professions would not be as effective or as fast in reducing deaths and hospitalisations as protection of those at higher risk of serious disease.

“Prioritisation by age will also protect individuals working in jobs with potentially higher risk of exposure with the most vulnerable in those occupations vaccinated first.”

Related: “I am amazed by the continuing dedication of school teams. The Government has let them down at every turn.”