Thousands of silver coins dating back to 1066 were found in a Somerset field by metal detectorists. 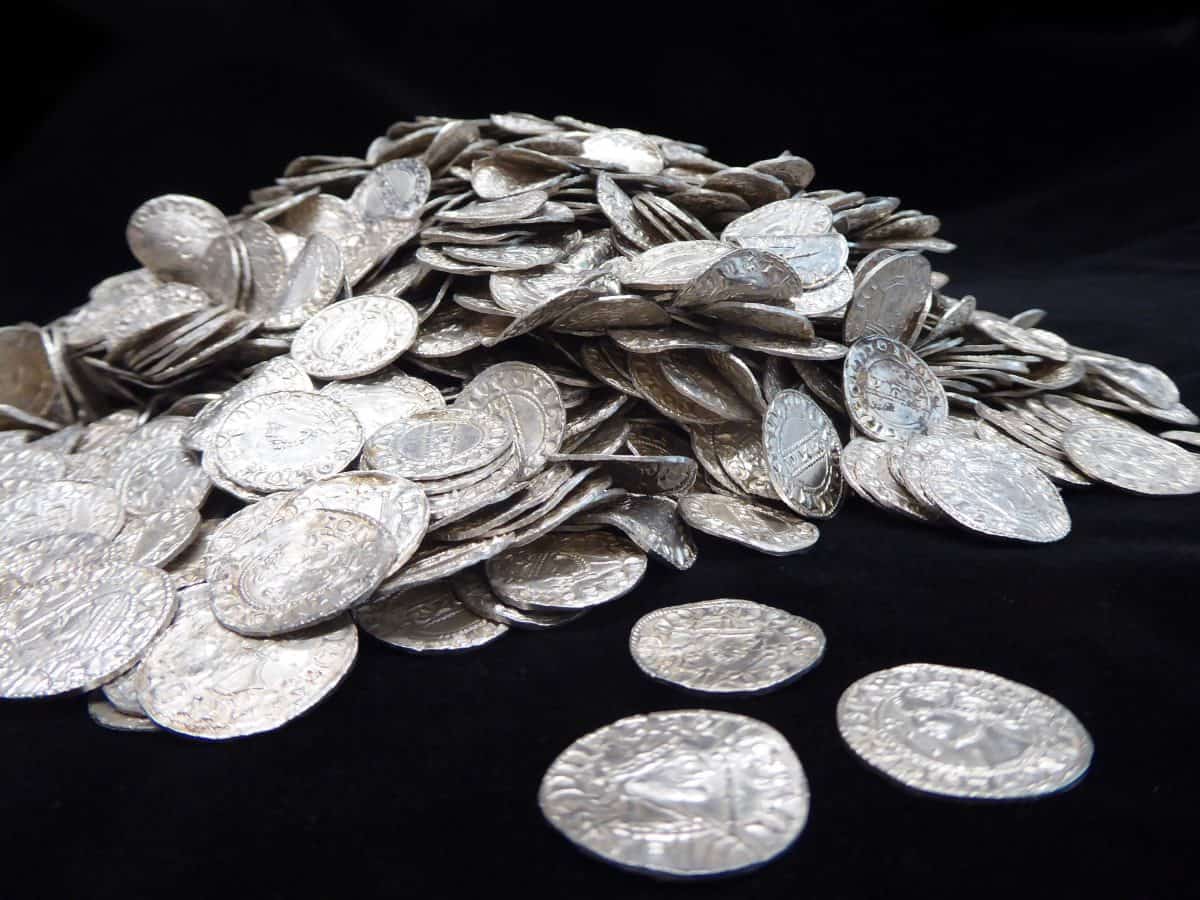 A hoard of coins dating back to the Battle of Hastings shows evidence of early tax evasion in Britain.

Thousands of silver coins unearthed in Somerset by a metal-detecting couple shine fresh light on the aftermath of the Norman invasion, the British Museum has said.

Coins from around 1066 depicting both the defeated King Harold II and the triumphant conqueror William I were found in a field in the Chew Valley.

Rebecca Pow, minister for arts, heritage and tourism, said: “This is a very exciting discovery and important finds like this shed new light on the remarkable and fascinating history of our country.”

Coins in the 1,000-year-old hoard show signs of being illicitly tampered with, sporting mixed designs on either side.

Experts say this is evidence that the person striking the coins was using an older design – from an older coining tool – and essentially avoiding paying a fee to obtain the up-to-date design.

Some coins in the Norman treasure hoard show William on one side, and Harold on the other, despite the Anglo-Saxon monarch having been overthrown.

Metal detectorists Adam Staples and Lisa Grace found the 2,528 in a field in January 2019.

They said: “It’s an amazing feeling to have unearthed this spectacular hoard. We’ve been dreaming of this for 15 years but it’s finally come true.”

The hoard is the largest Norman treasure find since 1833, and features examples of how French-speaking officials had struggled to get a grip on Old English, which is imperfectly stamped onto some of the silver coins.

Gareth Williams, of the British Museum, said: “This is an extremely significant find for our understanding of the impact of the Norman Conquest of 1066.

“The coins help us understand how changes under Norman rule impacted on society as a whole.”

The British Museum has received the coins, and a coroner will decided whether the hoard is officially treasure and where it should be held.