Boris Johnson's claims that Gatt 24 could be used to avoid tariffs in the event of a no-deal Brexit under WTO rules were debunked by an inluential commitee of MPs. 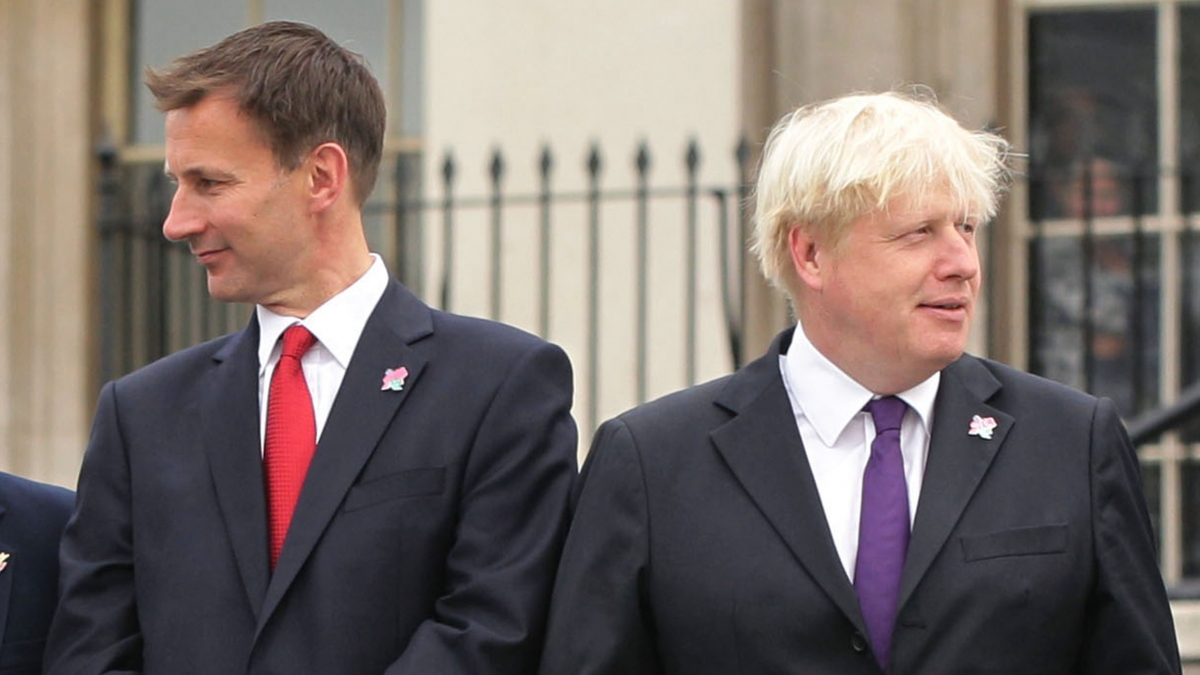 Boris Johnson’s claims that Gatt 24 could be used to avoid tariffs in the event of a no-deal Brexit under WTO rules were debunked by an inluential commitee of MPs.

And in a further blow to the Tory Party would-be leaders who insist that leaving the EU with no deal is an option for Britain, the Commons Exiting the European Union Committee has issued a stark warning about the impact of a ‘sudden rupture’ with Brussels.

A no-deal Brexit risks “severe disruption” to the economy, putting jobs, public health and livelihoods at risk, MPs have warned in a strongly-worded report.

The Commons Exiting the European Union Committee heard evidence from the pharmaceutical industry that a no-deal Brexit would be a “leap into the unknown”, potentially putting patient safety at risk and increasing costs for the NHS.

The MPs also said there was no reason to doubt concerns that there could be “interruptions to food supplies in respect of certain products” because of the “disastrous” impact on UK farming.

And they warned that tariffs adding £2,700 to the cost of British-made cars in European Union markets would but the sector at a “competitive disadvantage”.

The report – which was opposed by four Tory Brexiteer members of the committee – also cast doubt on Conservative leadership hopeful Boris Johnson’s claim that the UK and EU would be able to maintain existing rules while they negotiate a free-trade deal.

But the committee said: “It requires an agreement between the two parties, a plan as to how the end state will be reached, and for this agreement to notified to all parties to the WTO.

“By definition leaving without a deal means there is no agreement.”

Despite what Mr Johnson, Jacob Rees-Moggs and ERG members say, Gatt 24 therefore “does not provide a means to mitigate the risks to EU-UK trade in the event of a no-deal exit”.

Mr Johnson has built his Tory leadership campaign around a “do or die” commitment to leave the EU on October 31, with or without a deal.

“We heard from representatives of important sectors of the UK economy which are all great British success stories. Every single one warned us of the damaging consequences faced by their members in the event of a no-deal Brexit.

“The UK’s position as the front-runner destination for venture capital investment in technology firms would be jeopardised. The UK’s car industry would be put at a competitive disadvantage because it would face tariffs on its exports to the EU and interruptions to its highly-integrated supply chains. ‘No deal’ would lead to problems with some food supplies and, we were told, would be ‘disastrous’ for UK farming. The sudden introduction of tariffs on the pharmaceuticals and chemicals industries would seriously challenge the viability of their supply chains. The UK’s higher education sector – a world leader in science and research – would experience a short-term shock and longer-term reputational damage from which it would struggle to recover. And UK services businesses would risk loss of market access and face uncertainty about how no deal would affect their staff working in the EU because they would be treated as third country providers by the EU.

“And yesterday’s latest forecast from the independent Office for Budget Responsibility that a no-deal Brexit could cause a £30bn hit to the public finances, with an economy pushed into recession and asset prices and the pound falling sharply, will only add to the deep concerns of UK businesses.

“A no-deal Brexit, with no Gatt 24 agreement, would be at best a foolhardy gamble and at worst, lead to severe disruption, and it is neither desirable nor sustainable as an end state for our economic relations with the EU.

“This clear evidence reinforces our previous conclusion that a ‘managed no deal’ cannot constitute the policy of any responsible government.”

The committee dismissed the argument used by Brexiteers that a no-deal departure would force the EU to come back to the table because of the need of the 27 remaining members to trade with the UK.

“This is, at best, a gamble,” the MPs said. “At worst, it could lead to severe disruption of the economy, pose a fundamental risk to the competitiveness of key sectors of the UK economy, and put many jobs and livelihoods at risk.”

The committee’s report follows a warning from the Office for Budget Responsibility that a no-deal Brexit could push the UK’s economy into recession and increase borrowing by £30 billion a year.

Earlier this year, Sir Charlie Bean, a member of the Office for Budget Responsibility (OBR), warned MPs that the shockwaves that would be sent through the economy should the UK crash out of the EU without a deal would be as difficult to predict as those after the collapse of Lehman Brothers in 2008 , which unleashed a global financial crisis.

He said that, as with the collapse of Lehmans in 2008, the actual havoc wrought by the shock would only become clear as events unfolded.

A Department for Exiting the EU spokesman said: “As the Secretary of State set out to the Committee this week, we’ve been preparing for nearly three years to minimise disruption in the event of no deal, and we have over 300 work streams looking at specific no-deal plans across a range of sectors which are well advanced, with departments making sensible decisions about prioritisation.

“We continue to provide people and businesses with the information they need to prepare, and encourage them to take action to avoid disruption.”

Boris Johnson and Jeremy Hunt have also been warned by the Chancellor that there will be no extra cash to meet their spending pledges in the event of a no-deal Brexit.

The Commons Select Committee’s full report can be read here, and its conclusions and recommendations are published here. – Important reading for anybody contemplating a no-deal Brexit.