Forward is exploring a move to Turkey. 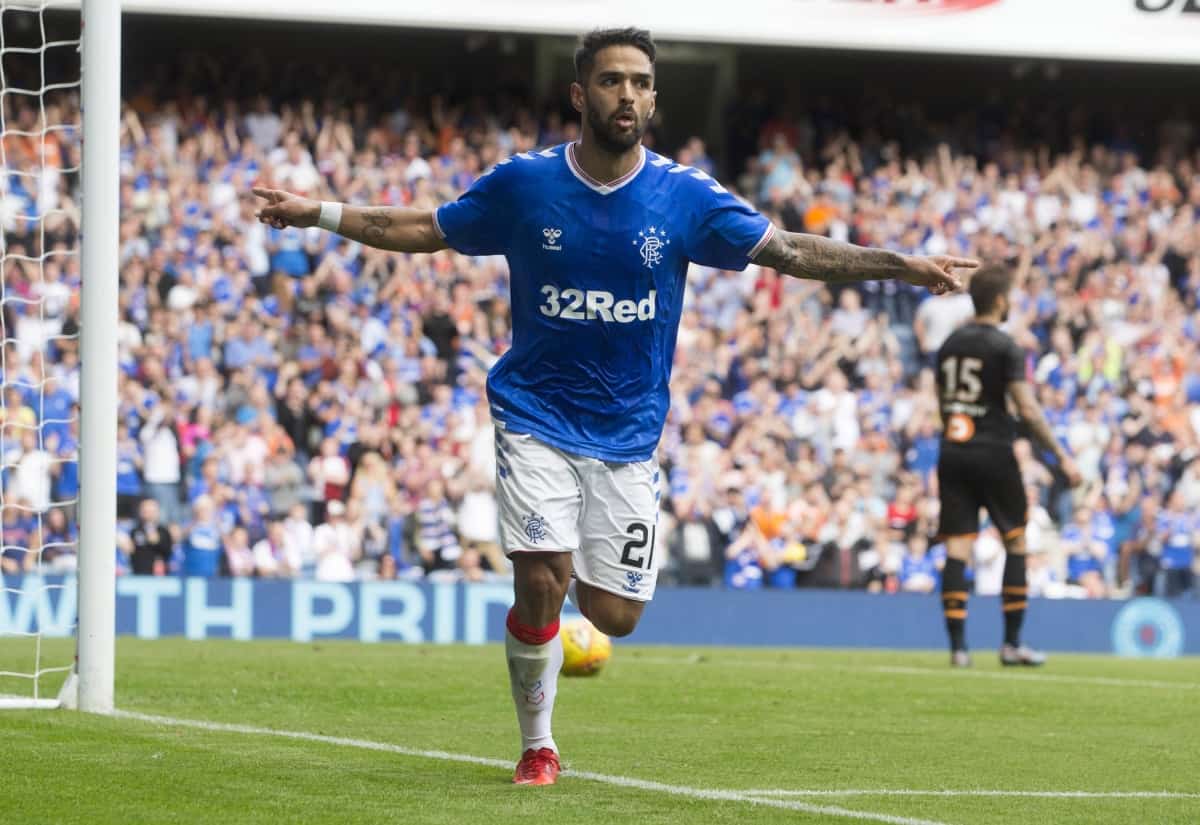 Steven Gerrard has revealed Daniel Candeias is set for the Ibrox exit after the winger admitted he does not want to stay and fight for his Rangers place.

The Portuguese attacker is on his way to Turkey to open talks with a club believed to be Genclerbirligi.

Gerrard and director of football Mark Allen met with the former Benfica man on Wednesday for a heart-to-heart discussion and made it clear he was still in their plans for the season ahead.

But the 31-year-old confessed he was looking for guaranteed action – something Gerrard was not prepared to offer after signing Sheyi Ojo, Greg Stewart and Jake Hastie to provide competition on the right flank.

Now Gerrard has “reluctantly” given Candeias permission to fly to Ankara to discuss his move.

“I had a conversation on Wednesday with Daniel and he said he wanted to go and speak to a team in Turkey,” said Gerrard. “We’ve had an approach and we had a real adult conversation.

“I said I wanted him to stay and fight for the shirt and be part of the squad but he said he wants to go and explore the situation in Turkey so we reluctantly but respectfully granted him permission.

“He’s a good man and been a good servant so he’s going to speak to the club in Turkey and we’ll see how that one develops.

“I have to respect Daniel and keep a lot of the conversation private but it boils down to him wanting to be a regular starter as in every single game.

“At his age he doesn’t want to be part of the squad and fight for the shirt without any guarantees so we have to respect his decision but it was Daniel’s decision to explore this interest.

“Myself and Mark Allen sat in front of him and echoed that we’d like him to stay so we’ll see how it develops in the next 24 to 48 hours.

“My gut feeling is that he wants to move on. The financial side of it isn’t my business but since I’ve walked in the door I only want people who are prepared to fight for the shirt and nobody is guaranteed to start.

“I want people prepared to fight tooth and nail to be part of the XI. Daniel’s not the best sub and I understand because I wanted to play ever game as a player.

“But I made it quite clear I wanted him to stay but respected his decision and I’ll never stand in anyone’s way if they want to speak to another team.”

Candeias was not part of the team which completed the Europa League demolition job on Gibraltan minnows St Joseph’s with a 6-0 Ibrox win.

Joe Aribo put the Light Blues ahead early while an Alfredo Morelos hat-trick and Jermain Defoe’s double sealed a 10-goal aggregate triumph that now sets up a revenge clash with Progres Neiderkorn, who dumped Pedro Caixinha’s side from the competition two years ago.

But Gerrard admits his side took their time to get going.

“The first half was quite boring, slow and predictable but the second half was really entertaining and much better,” he said. “Certain people in the starting 11 were quite nervous and tentative and went for the safe option but we were a lot more positive in the second half and entertained the fans.”

St Joseph’s coach Raul Procopio said: “The result was to be expected because we lost 4-0 in the first leg and Rangers are a world-class team.

“But I’m very proud of my team and it’s been a dream come true to play at Ibrox.”