GP Dr Jane Carman said none of the residents refused to have the jab. "Everybody was delighted to have it." 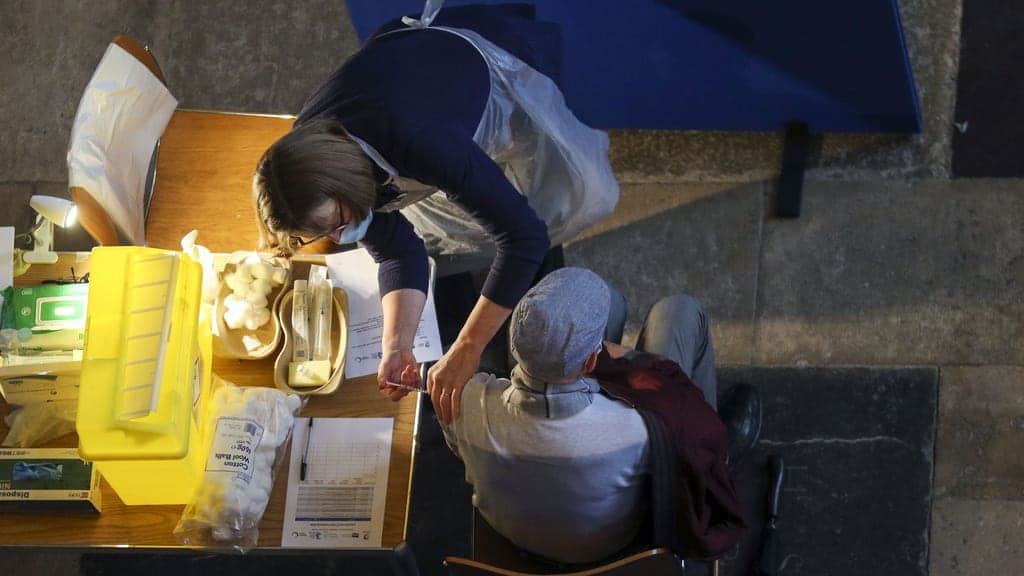 Newcastle has become the first city in the UK to vaccinate every eligible care home resident against coronavirus.

The doctor leading the project announced today that all care homes in the city, comprising almost 2,000 residents in over 50 homes, and most of the staff looking after them have been given the jab.

Seven teams made up of a doctor, nurse and administrator were able to complete the job in less than a fortnight as part of a rapid vaccine rollout programme.

Nick Forbes, the leader of Newcastle City Council, said “this is the start of the long road back to normality for our city, a glimmer of light at the end of the tunnel”, while GP Dr Jane Carman said none of the residents refused to have the jab.

She told the BBC’s Today programme: “Everybody was delighted to have it.”

Meanwhile, coronavirus vaccines will be offered to millions of over-70s and the clinically extremely vulnerable from this week as the Government expands the rollout amid a border crackdown to keep out new strains.

More than 3.8 million people in the UK – including over-80s, care home residents, and NHS and social care staff – have already received their first dose of a Covid-19 vaccine, but from Monday it will be rolled out to the next two priority groups.

The Government said it would remain the priority to vaccinate those in the first two groups, but that sites which have enough supply and capacity to vaccinate more people will be allowed to offer jabs to the next cohorts.

Boris Johnson has pledged to offer vaccinations to the first four priority groups by the middle of next month, while Dominic Raab said on Sunday that all adults would be offered a first dose by September.

The expanded rollout arrives as a ban on quarantine-free travel into the UK came into force at 4am in a bid to keep out new coronavirus strains – such as those which have been discovered in Brazil and South Africa.

The new rules mean arrivals from every destination will need to self-isolate for 10 days, or receive a negative result from a coronavirus test taken at least five days after they enter the UK.

Passengers flying in from overseas will now also have to show proof of a negative Covid test before setting off – as part of rules which had been due to come into force last week.

The Foreign Secretary said on Sunday that checks at the border would be strengthened as the new measures enter into effect, and vowed to “beef up” capacity to ensure people are adhering to quarantine rules.

But the Government faced criticism from Professor John Edmunds, a member of the Government’s Scientific Advisory Group for Emergencies (Sage), who said the approach to quarantining foreign arrivals and contacts of coronavirus cases had been “pretty lax” so far.