The National Audit Office concluded that the ads are ineffective because they're trying to address issues that are not "manageable or resolvable". 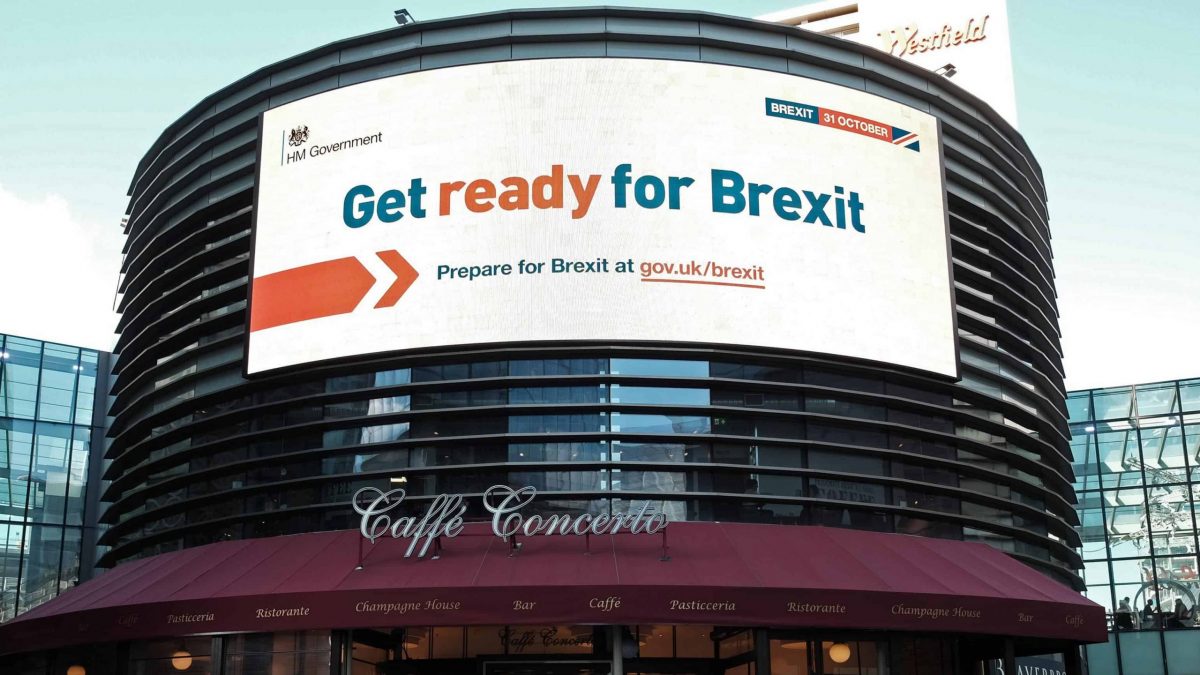 The National Audit Office has warned that the government’s £100 million ‘Get ready for Brexit’ campaign has had “limited impact”.

An assessment of the communications, which were rolled out to help individuals and businesses prepare for EU exit, show it is trying to address many issues that do not appear to be manageable or resolvable due to the uncertainty surrounding Brexit.

The NAO noted that “it is impossible to know exactly what would happen at the border in the event of no deal”.

This means that successful delivery appears to be unachievable, with the report stating:

“The government is heavily dependent on third parties being well-informed and making changes to their systems and behaviours.

“This includes traders, hauliers and passengers.

“If these groups are not prepared for the controls which EU member states are likely to impose this may lead to queues at the border.”

The government’s Brexit comms strategy was rolled out at the end of July, promising an “unprecedented marketing blitz on billboards, radio and television”.

But questions over its effectiveness were raised just weeks after it launched.

She added: “This is all billed as a public information campaign but it is devoid of information and is simply publicly-funded government propaganda.”

Earlier this week it emerged that the ‘Get ready for Brexit’ campaign had quietly dropped the message of 31 October as the date Britain is due to leave the EU, with its website promoting a more cautious message:

“We could still leave with no deal on 31 October.”

Yesterday Johnson was forced to put his plans to leave the EU on October 31 on ice after suffering another humiliating Commons defeat.

How To Make: MEATliquor’s ‘Backyard Burger’