The best designs will get the real treatment by the campaign group. 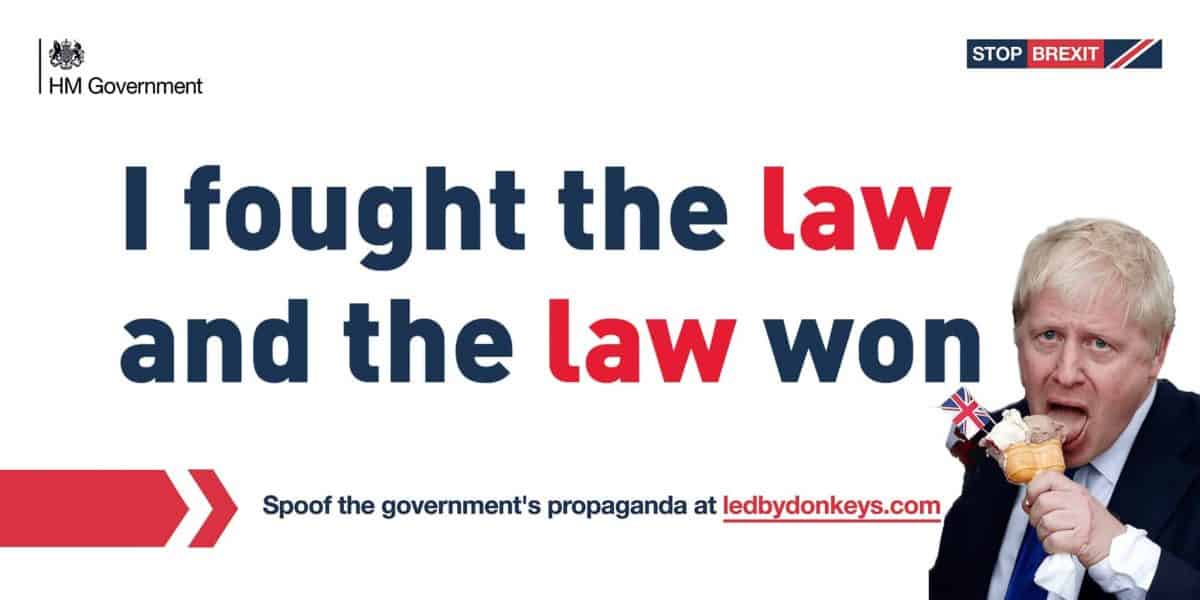 Led by Donkeys has launched a new “make your own billboard” tool, with the best designs getting the real treatment by the campaign group.

Famed for their billboards and striking projections, Led by Donkeys have been making news headlines since being founded in 2018.

Jacob Rees-Mogg was given the treatment recently when a picture of him lying down in the House of Commons was projected on Edinburgh Castle alongside the words “lying Tory”.

And Amber Rudd also came a cropper when a video of her criticising the closure of parliament was screened in Hastings just days after Boris Johnson moved to shut it down.

Thanks to comedy masterminds Armando Iannucci and David Schneider, now you can have a go at your own Brexit billboard using a new interactive online tool.

The “make your own billboard” page gives you a fully customisable version of the government’s Get ready for Brexit poster which has been rolled out nation-wide.

Here are some of our favourite entries so far: