The relaunch of an icon is always tricky – how well does the latest Toyota Supra fill the void left by the A80 1990s legend? 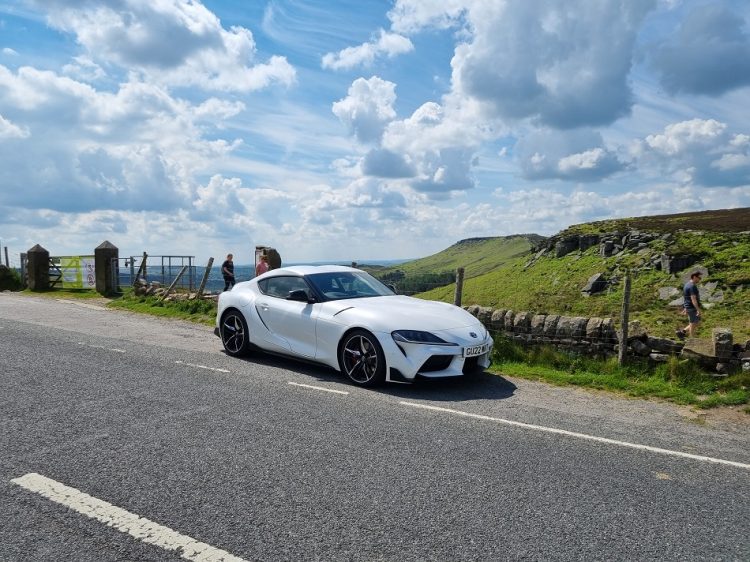 It’s fashionable to relaunch things these days. Retro is cool. Restomods are flooding the market as people with appropriately lined pockets seek out the thrill of childhood memories without the drawback of childhood realities. Always fancied a Jaguar E Type, or a Ferrari 250 GT, or a 964 Porsche 911? But at the same time, you rather like the idea of ABS, power steering and reliability? Well, you can have the original styling with modern touches. What’s not to like? The cost, for one. There is another way. The fifth generation of the Toyota Supra aims to rekindle the glory days of the fourth generation A80 Supra. Is it just a crass marketing exercise, or will it be remembered as fondly as its predecessor?

It has a lot to live up to. And a lot of things have changed. The fifth generation Toyota Supra is no longer produced in Japan. It’s made in Graz, Austria, where BMW assembles the Z4. That’s because the Toyota Supra shares much with the Z4. The inline six engine fitted to the Toyota Supra 3.0 as tested here, was developed with BMW. A quick look under the bonnet reveals BMW part numbers and badges galore.

Inside, too, much of the switchgear and infotainment is straight out of the Beemer. The engine operates with certain electronic components, so it’s far easier (cheaper) to deploy the same parts as those designed in Munich.

So, can a BMW Z4 make for a great Toyota Supra? There’s actually a lot to like about the latest incarnation. It will be arriving with a manual gear box towards the end of 2022 as well.

With 335bhp and 550Nm of torque, acceleration is brisk from any pace in the Toyota Supra. 0-60mph takes just 4.2secs and there’s plenty of midrange grunt. It’s an enjoyable drive. Put it into sport mode with a press of the button by the gear selector and it becomes a bit more purposeful. The engine growls with more intent, the exhaust comes to life a bit more and the car tightens up.

There’s plenty of grip to work with, too. You’d really have to fling it into a roundabout to get it to break traction, so it’s unlikely to provide any nasty surprises. In normal mode, when it’s a little less stiff, the backend is a bit more playful, perhaps counterintuitively.

A morning in the Peak District was a morning well spent. The steering is very sharp, requiring only subtle inputs, but once you’re synchronised with Toyota Supra, it flows along twisting and undulating country roads enjoyably. In this setting, perhaps the 2.0-litre version might come into its own, being 100Kg lighter. It’s hard to ignore the siren call of the extra grunt provided by the 3.0-litre, though.

Bring the paddle shifts into play and the ZF 8-speed gearbox responds quickly, making it an immersive driving experience when you want it to be. The chassis is easy to work with, too. Riding the crest of hills and darting in an out of corners, the Toyota Supra was always precise and, crucially, entertaining. You expect a bit more oversteer from a rear wheel drive set up, but it’s very easy to predict, giving confidence to exploit the power in most settings.

The Toyota Supra is surprisingly amenable. Perhaps not the first port of call with a sports car, but it worked supremely well as a GT. A drive to Sheffield and back was one I undertook with trepidation; how would the Supra live up to the task? I needn’t have worried, it was fantastic.

The ride quality is really good and the 3.0-litre engine provided the motorway speed shove to keep the journey progressing up the M1. The sports seats are really comfortable, with plenty of adjustability, and the JBL stereo, part of the comfort and convenience pack, also helped to pass the time.

The infotainment is BMW’s iDrive system, which is easy to navigate and use. It has Apple Carplay, but not Android Auto. Connecting up via Bluetooth for phone audio is straightforward enough, though.

The interior is quite sombre. It’s very dark in the cabin. There’s also not much storage space up front. The door bins are tiny, the glovebox is tiny and there’s a tiny cubby hole behind the cupholders, which are placed beneath your elbow. Coffee or comfort? Make your choice early.

To negate this, however, there is no partition between boot and cabin, so you can exploit some of that space on longer journeys. Other useful touches include Isofix on the passenger seat (a hit with my four-year-old son), a head-up display and wireless charging for your phone.

Whilst it is a bit dark, the cabin is very comfortable and driver focussed. You nestle nicely into it, with all the important controls within easy reach. That makes it good for more spirited driving sessions, with comfortable touches for more mundane drives.

The Toyota Supra is a superb everyday car. Commuting, motorway, B-roads; whatever scenario you throw at it, it takes in its stride. It sounds good, looks good and it’s enjoyable to drive. The aesthetics are Supra enough to justify the name and it packs the performance you’d expect of a car bearing this famous moniker.

There’s plenty of competition at this price point (£56,700 as tested). You could have a Porsche Cayman, Alpine A110, Jaguar F Type, Audi TT… where does the Toyota Supra sit in amongst all this? I think it holds its own. There’s a hint of the contrarian about it, not least in the way it presents itself, and it will satisfy almost every driving scenario. It’s also a Toyota, so you can have a 10-year/100,000-mile warranty.

The fifth generation Toyota Supra is definitely good, but will it be remembered as great? History will decide that, as it did with the A80, but it’s certainly a car that will add a bit of feel good of factor to any drive. It’s potently quick, has loads of traction and features the sort of outlandish aesthetics that so appealed in its predecessor. It may well be the sort of car you’d have to really want in order to justify buying, but if you do really want one, it certainly won’t disappoint.

From commuting into London, to cruising up the M1 and darting in out of the tight lanes of the Peak District, the Toyota Supra revealed itself as a versatile all-rounder. A car like this should provide memorable driving experiences, and it did. That it also sailed through the mundane ones was a very pleasant surprise.