A racist thug who tore off a Muslim woman’s hijab and tried to wrap it round her neck in an unprovoked street attack has been jailed. Jake Hammersley, 25, yanked his victim’s headscarf down before tightening it around her neck and punching her in the face. Moments later a mass brawl between his group of […] 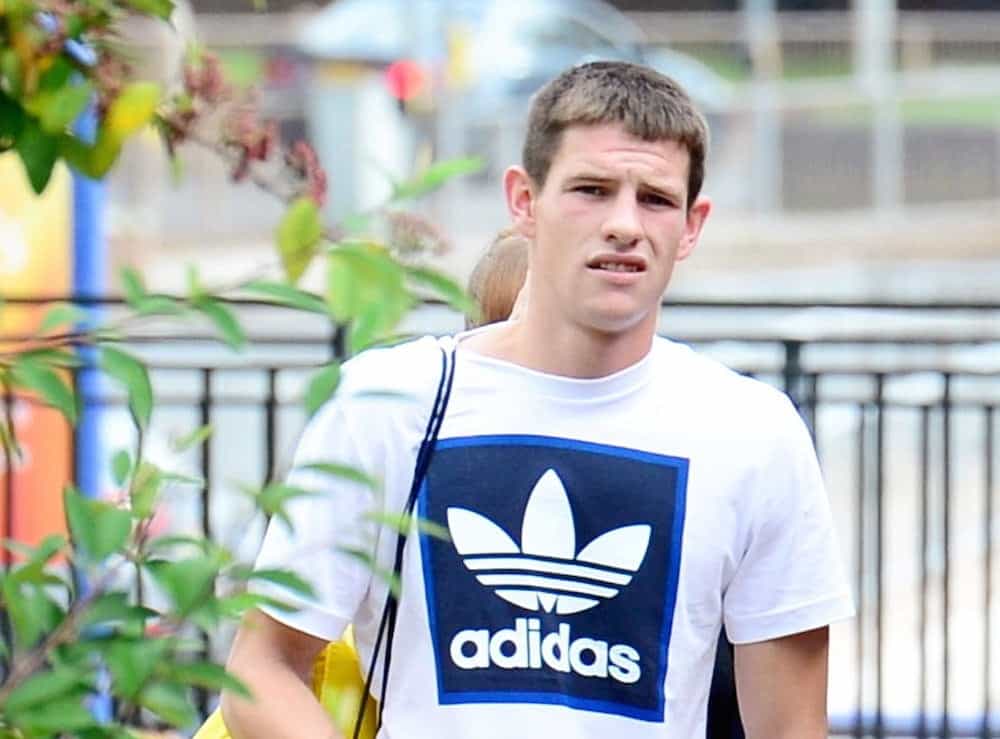 A racist thug who tore off a Muslim woman’s hijab and tried to wrap it round her neck in an unprovoked street attack has been jailed.

Jake Hammersley, 25, yanked his victim’s headscarf down before tightening it around her neck and punching her in the face.

Moments later a mass brawl between his group of yobs and a group of Asian men erupted in Normacot, Stoke-on-Trent.

The 29-year-old victim, who is a nurse and a carer, was left with a two-inch cut to her nose and a large mark on her neck.

Jailing him for 40 weeks at Stoke-on-Trent Crown Court Judge Paul Glenn said: “The most serious aspect is the offence involving the woman.

“She’s a nurse and a carer and was on her way out to care for a lady.

“You took the headscarf and pulled it around her neck and when she defended herself you punched her in the face.

“She ran to her brother’s house – she was upset, crying, and shaken up.

“I have also watched some footage and one wouldn’t like to be a police officer dealing with the likes of you.”

The victim had been on her way to help one of her patients at 10.15pm on August 27 last year when she was ambushed by Hammersley.

Prosecutor Caroline Harris said: “The woman was wearing a headscarf.

“The defendant shouted in her face ‘f**k off and f**k your mum’.

“There were three other young men and she said if they didn’t leave her alone she would call her son.

“One of the group grabbed her phone and put it on the car.”

Hammersley pulled down her headscarf to neck level and tightened it.

Mrs Harris said: “She was punched to the face and shouted for help, while three of the men ran away.

“At about this point her nephew came out and she ran to her brother’s house.

“She also saw a group of 12 men carrying sticks and bricks and the group started fighting.

“Bricks were thrown and people were hitting out with sticks.

“The complainant’s group armed themselves to dissuade others from attending.

“In the other group was the defendant.”

Police arrived with footage played in court showing officers separating Hammersley from a group of Asian men in an alleyway.

Mrs Harris added: “The defendant was identified and was also described as the ringleader.

Robert Smith, defending, said: “At the time of this offence he was living a chaotic lifestyle.

“He had no job and was relying on the goodwill of friends and family for accommodation, money and food.

“On the night he was not the only one acting in a manner to breach the peace and he was unfortunate enough to be the only one charged.

“In March this year he got a full-time job in a warehouse and is now living with his partner.”