A violent bully broke into his ex girlfriend’s house and held her hostage in an ordeal of “uncontrolled viciousness” during which he forced an angry dog to BITE her. He used the growling and irate dog as a weapon during the horrendous attack and later kept his victim prisoner in her own home for 57 […] 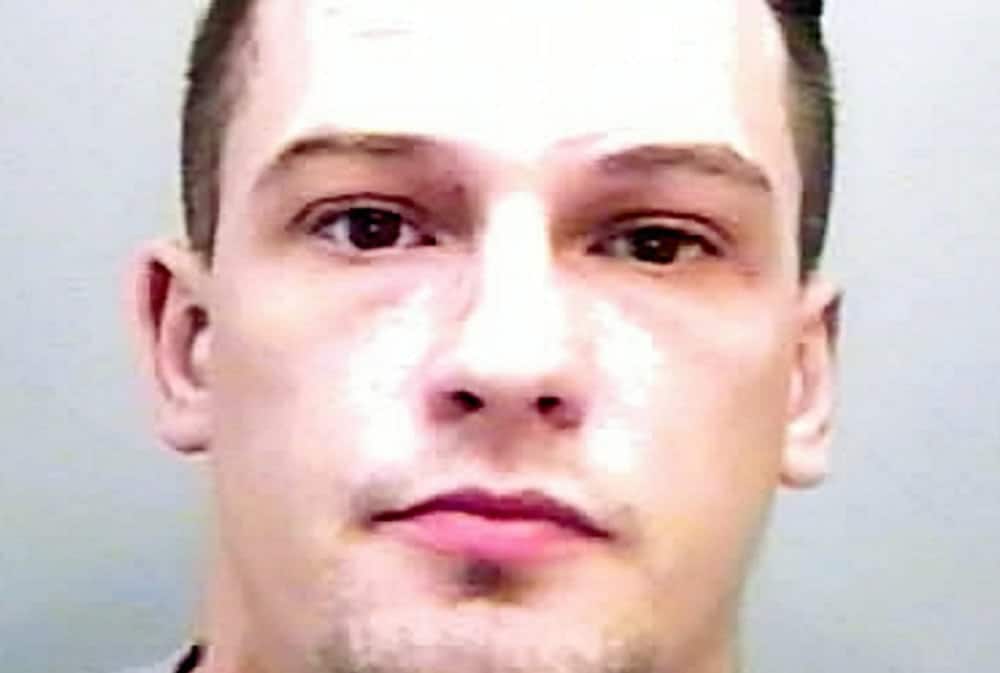 A violent bully broke into his ex girlfriend’s house and held her hostage in an ordeal of “uncontrolled viciousness” during which he forced an angry dog to BITE her.

He used the growling and irate dog as a weapon during the horrendous attack and later kept his victim prisoner in her own home for 57 hours.

A court was told that he was “completely off his head” and threatened to kill his ex girlfriend with scissors.

The traumatised victim described how she was “absolutely hysterical” and “petrified” after the attack.

Craig Lowe, prosecuting, told Grimsby Crown Court that the couple had been in a relationship for about three years but later split up.

Violent thug Champion kicked a hole in her door, climbed through, grabbed her phone, threw her to the floor and kicked and punched her.

He damaged a stereo by pouring drink over it and hurled a mug at a wall. He also poured drink over the dog.

Champion grabbed hold of the woman’s hair and dragged her by her legs to another room.

He banged her head against the floor and told the growling dog to bite her.

Champion grabbed her hand and put it close to the dog, telling it: “Bite her.”

The dog bit her arm above her elbow and tried to pull away while its teeth were still biting.

Champion told the dog to carry on biting – but it bit his leg, causing him to back away.

The dog became irate and Champion grabbed the woman by her ear and pushed her on to a bed, heard the court.

The court also heard how Champion asked her who she had slept with and “kicked off” before dragging her into the bathroom.

Champion repeatedly punched her and warned her that if she was pregnant he would punch the baby out of her.

He smashed a mirror and cut her hand with it. He pushed her about over the next few hours.

“Every time she moved, he kicked off,” said Mr Lowe.

“He threatened to stab anyone who came to the house.”

The court was told how Champion found the attack funny, but his victim was “absolutely hysterical” and begged him: “Please just let me go.”

Champion tried to pin her down and later grabbed her hair and banged her head against a door.

“He picked up a pair of scissors, put them against her throat and told her he would kill her,” said Mr Lowe.

“She was absolutely petrified and was scared of him.”

Andrew Bailey, mitigating, said Champion acted out of character but had suffered “periods of jealousy”.

Although the false imprisonment lasted 57 hours, there were times when Champion left the house and returned later.

There was also a time when the woman asked to be allowed to leave for a time before returning.

It was “horrendous” behaviour by him and he had been taking large amounts of cocaine and Spice as well as drinking to excess.

It was “hard to understand why somebody suddenly erupts in the way you did” and how he could “do something so wantonly cruel” to the woman.

“You used a dog as a weapon,” said Recorder Makepeace.

“God knows what it could have done. This was the worst kind of bullying.

“She was not in any position to stand up to you. She was entirely at your mercy.”

Recorder Makepeace added that the victim was subjected to “cruel, vicious offending in her own home” and the threat to kill her was of the “vilest nature”.

Champion was jailed for five years and was given a lifetime restraining order.

The prison sentence included nine months for breaching a suspended sentence and driving while banned.