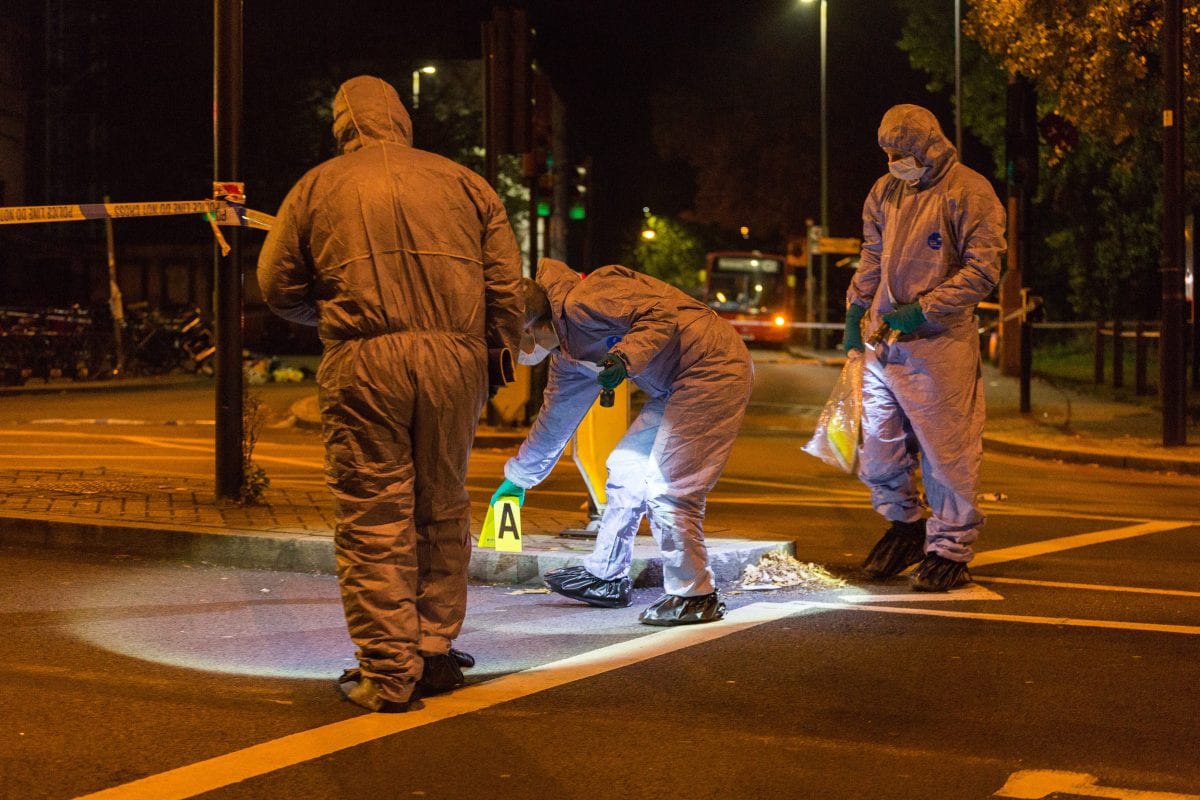 Horrified eye-witnesses told how they heard a terrible “scream” as a 17-year-old lad was fatally stabbed “in the middle of his chest” outside a tube station.

They said his shirt “became red so quickly” after he was knifed outside Clapham South tube station in south London on Friday afternoon.

The victim, who has not been named, is understood to have been a student at nearby Saint Francis Xavier Sixth Form College. 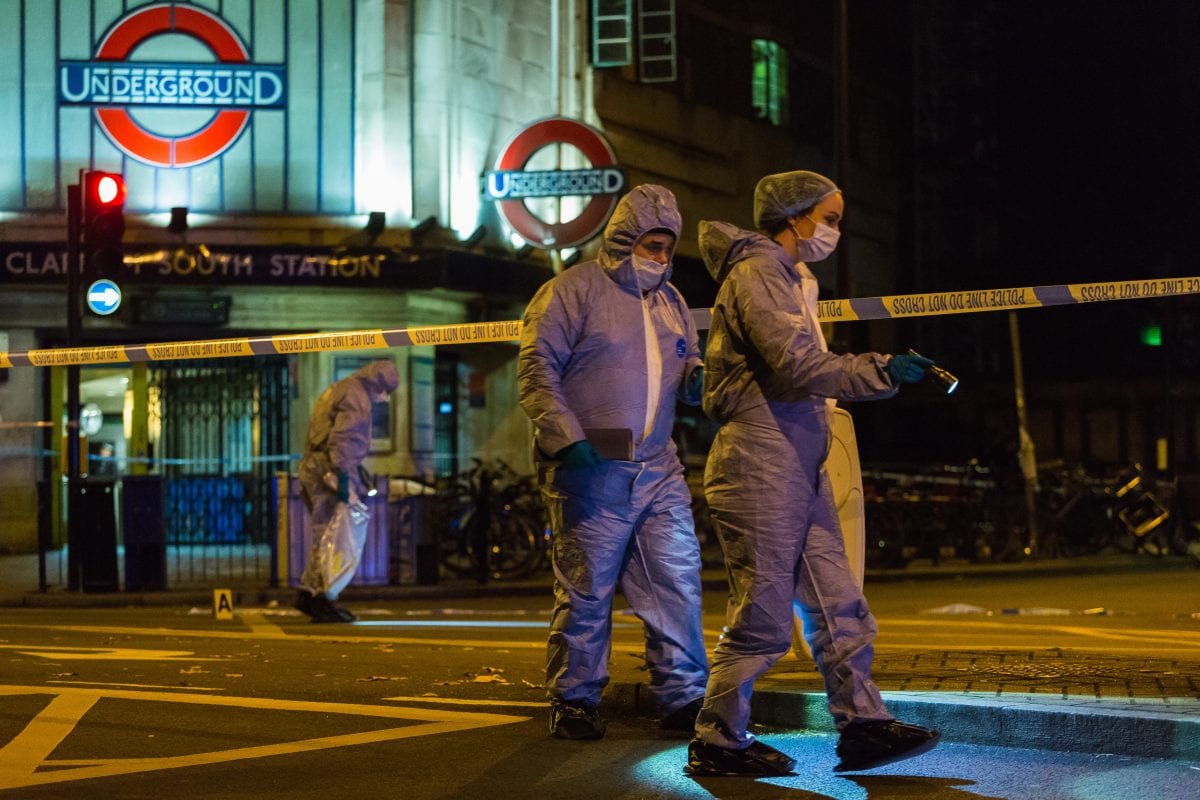 Advertising consultant Andy Cronk, 52, who lives in an apartment overlooking the murder scene, said: “I saw him die.

“I heard a scream and Iooked out my window and he was lying on the floor bleeding from his chest.

“His shirt became red so quickly; I couldn’t tell you what colour it was, but I think he was from St Francis College.

“He was a young black guy with curly hair.

“His friends were there with him looking completely confused, not knowing what to do.

“I saw the guy lying completely flat on the road.

“He was stabbed right in the middle of his chest.

“He got assistance really quickly from passers by.

“Then three police officers came to his assistance.

“They tried to resuscitate him with chest compressions.

“What really is shocking for me is that nobody wanted to step forward.

“The ones that we’re with him we’re talking about the incident, they know who did this.

“But they are too scared.” 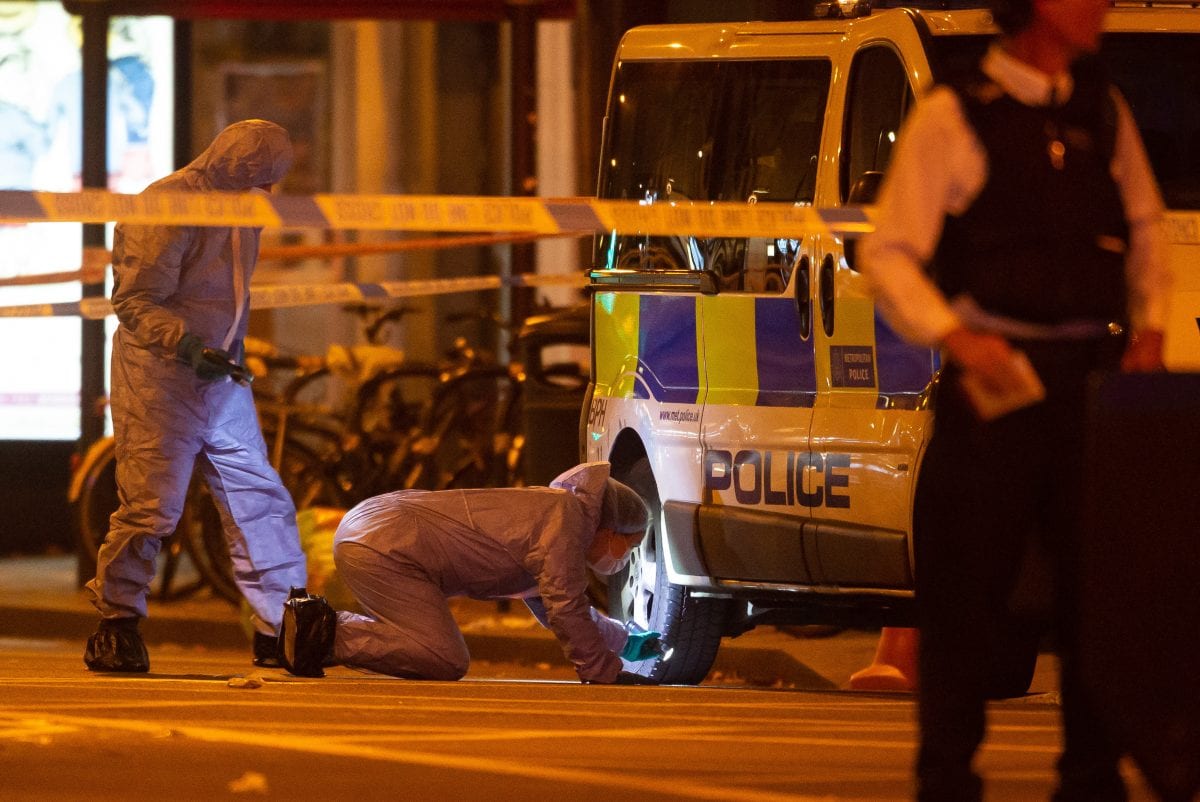 The victim was the second teenager to be fatally stabbed in London in just 24 hours, and the 21st teen to be murdered in the capital this year.

London Mayor Sadiq Khan said: “my heart goes out to the family and friends of the two teenage boys fatally stabbed in the last two days: a 15 year old in Bellingham and a 17 year old outside Clapham South Tube Station. I am in contact with senior police officers and local representatives in both cases.”

There have now been 118 murders in the capital this year.

The grim roll of teenagers murdered in London in 2018:

February 11th: Italian national Sabri Chibani, 19, stabbed to death in Streatham, south London, weeks after moving to the capital to build himself a “great future”

February 20: Abdikarim Hassan, 17, a business student at Westminster College, knifed to death on the Peckwater Estate in Kentish Town, north London, just 200 yards from a makeshift shrine in memory of Lewis Blackman who also lived there

March 8th: Privately educated Kelvin Odunuyi, 19, a rapper who performed under the name DipDat and was also known as Lampz, shot dead by thugs on a moped as he stood with pals outside a cinema in Wood Green, north London

April 3rd: Amaan Shakoor, 16, died in hospital the day after being shot in the face near his home in Walthamstow, east London

April 15th: Natasha Hill, 18, found with fatal head injuries at an address in Abbey Wood, south east London. A 32-year-old man arrested at the scene on suspicion of murder has been re-bailed to a date in mid-October.

May 5th: Rhyhiem Barton, 17, shot dead in broad daylight near his family’s flat in Kennington

July 12th: Katerina Makunova, 17, stabbed to death in a block of flats in Camberwell

July 26th: Latwaan Griffiths, 18, from Southwark, died hours after being found with knife wounds in Camberwell

August 27th: Abdi Ali, 18, reported missing on New Year’s Eve found stabbed and beaten around head in loft of a house in Enfield. He was last seen at home by his family on December 11th, 2017, following a wedding

October 22nd: Ethan Nedd-Bruce, 18, ambushed by three thugs on mopeds and stabbed in the back on the Flamsteed Estate in Greenwich