Working Park in Surrey was cleared by police to allow an helicopter ambulance to land. 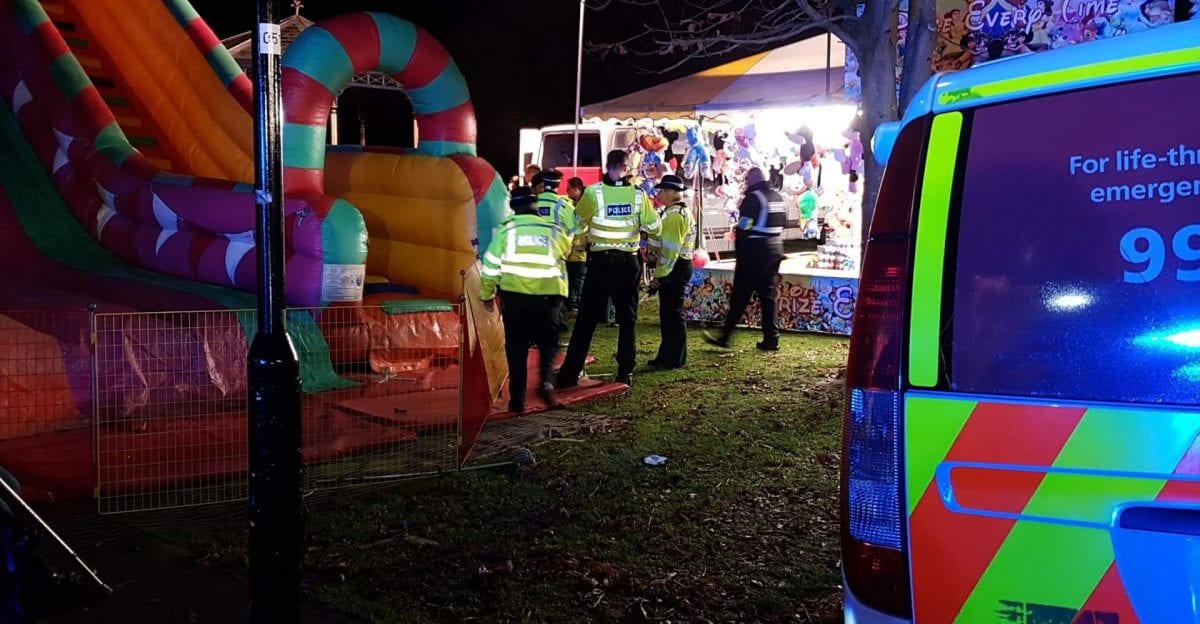 Working Park in Surrey was cleared by police to allow an helicopter ambulance to land.

At least seven people were injured, six of them youngsters, some of whom were airlifted to hospital in London.

Several ambulances and police crews were also scrambled to the scene of what was being treated as a “major” incident.

The cause was being investigated.

A Surrey Police spokesman said: “We’ve evacuated Woking Park this evening, where people were gathering for the fireworks celebrations, following the collapse of a giant inflatable slide at the fairground.

“We are working with ambulance and emergency service colleagues.”

“Our clinicians have treated six children on scene for potentially serious injuries.

“Along with our colleagues at Kent Surrey Sussex Air Ambulance, our crews are transporting the patients to major trauma centres in London.”

A spokesman for Woking District Rotary Club, which organised the event, said: “Due to a major incident in the funfair area the police have asked us to evacuate the park. 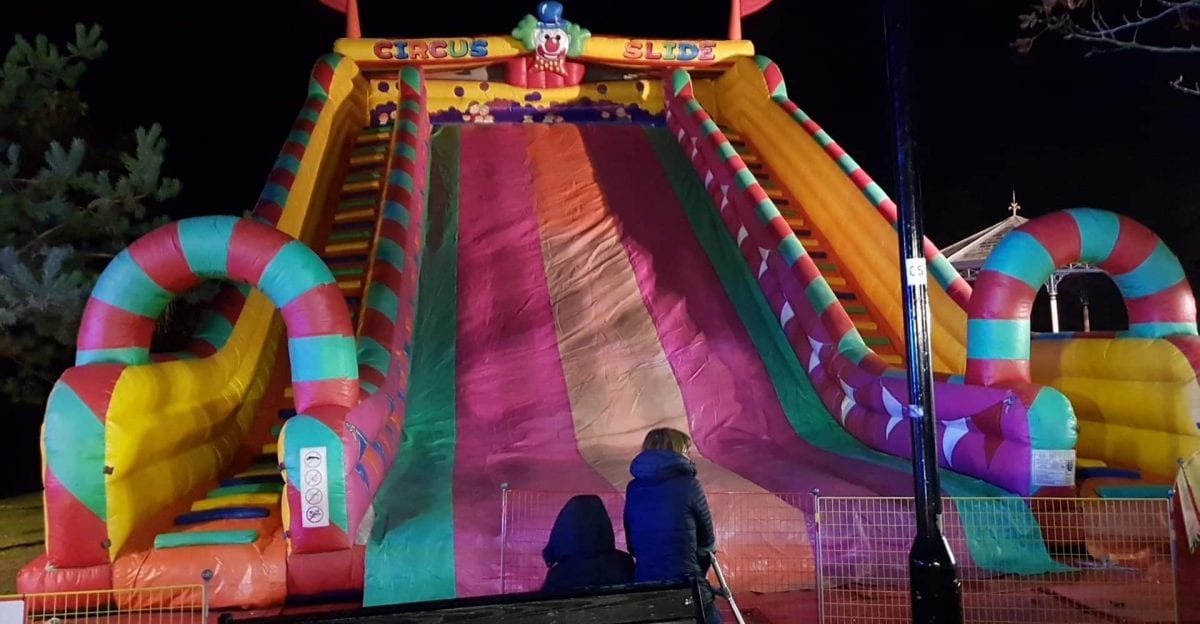 “We are all very shocked and distressed by events in the funfair this evening.

“We are focusing in assisting the emergency services in dealing with the injured children.

“The park was cleared very effectively and emergency services are still in control of the site.

“We are preoccupied in ensuring the casualties are dealt with as best possible.

“Our thoughts are with the children and their families at the moment.

“The air ambulance has just left the park with the last casualties.

“The air ambulance has just left the park with the last casualties. Surrey Police are investigating events.”