Meanwhile the basic salary of MPs is due to increase by more than £2,000 after the independent watchdog decided to boost their annual earnings. 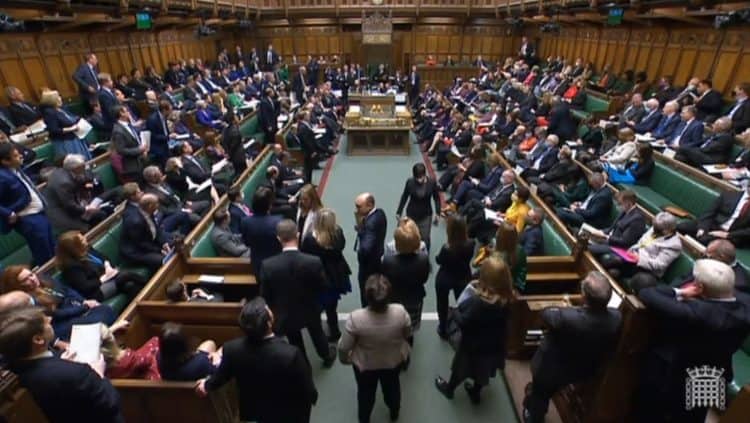 Yesterday MPs passed a motion to scrap next month’s National Insurance rise – but the prime minister will ignore it because it isn’t binding.

A Labour motion calling on the government to scrap the planned 1.25 per cent increase – which is likely to cost families an average of £500 per year – was approved “on the nod” without a formal vote.

But it was instantly dismissed by the Tory Party, with Treasury minister Simon Clarke confirming that the planned rise would still go ahead – in spite of an impending cost-of-living crisis.

Meanwhile the basic salary of MPs is due to increase by more than £2,000 after the independent watchdog decided to upgrade their annual earnings.

The Independent Parliamentary Standards Authority (Ipsa) has announced that the annual adjustment to MPs’ basic pay for 2022-23 will be 2.7% – the same as the average increase in pay for public sector employees last year.

Government ‘should have acted last September’

Shadow chancellor Rachel Reeves told the Commons: “The Government should have acted when the cost of living crisis started growing last September, and well before it spiralled out of control in December with costs soaring and inflation heating up.

“The Russian invasion of Ukraine is devastating lives and livelihoods. And we must do all that we can to stop (Vladimir) Putin’s aggression.

“And what is happening in Ukraine will have a cost of living effect here at home, too. When the facts change, so should your policies. People cannot afford ministers to carry on regardless of worsening circumstances.

“The Chancellor must show some understanding of the real-world consequences of his policies, on working people and on businesses. The Spring Budget will take place two weeks tomorrow on March 23. If the Government can’t commit to halting the national insurance rise today that they must make it then.

“Two weeks before it comes in on April 6 and hits working people and employers hard. Today is an opportunity for the Conservatives to show that they get it, they don’t want to make the cost of living crisis even worse than it already is.”

Why is not reported?

He tweeted: “Last night MPs voted to SCRAP next month’s National Insurance rise – but despite crippling rises in energy bills, Soaring fuel & food prices & inflation at a 30 year high @BorisJohnson says he’s going to ignore the vote & go ahead with it anyway.

“Why is this not reported today?”