“Ordinary people are facing a Tory cost-of-living crisis. They should be getting a proper pay rise, not well-paid MPs," she said. 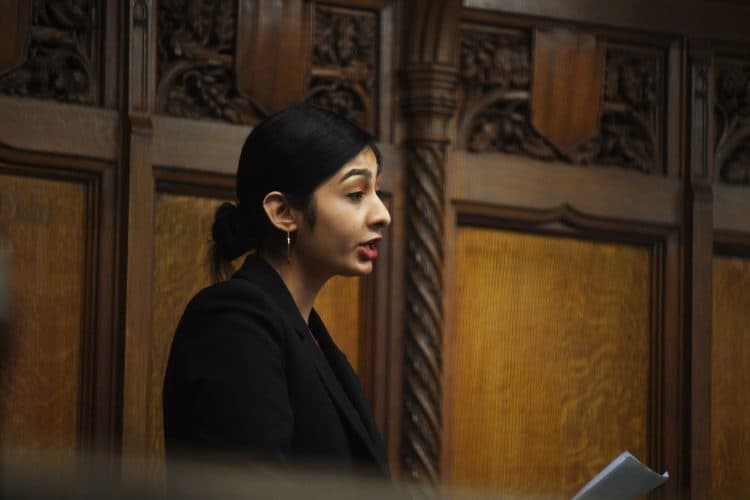 IPSA, the independent regulator of MPs’ pay, announced yesterday that parliamentarians’ annual salary would increase by 2.7 per cent from April.

MPs will see their pay increased by £2,200 – taking their annual salaries past £84,000 for the first time, after the watchdog approved a 2.7 per cent hike.

The burnishing of politicians’ pay packets will come into force the same day Brits are hit by higher bills and new taxes as the cost-of-living crisis starts to bite.

Richard Lloyd, IPSA chair, said the pair rise was fair – and reflected the “dramatic” increase in MPs’ workload during the pandemic.

He said: “MPs play a vital role in our democracy and this is reflected in their pay.

“It is right that MPs are paid fairly for the responsibility and the unseen work they do helping their constituents, which dramatically increased last year.

“For Parliament to reflect society, it is vital that people from all walks of life can be an MP.”

But Sultana, the Coventry South MP, said she would be donating her pay rise to charity.

She said: “I believe this is wrong: Ordinary people are facing a Tory cost-of-living crisis. They should be getting a proper pay rise, not well-paid MPs.”

Writing on Twitter, she added: “I believe MPs getting a £2,200 pay rise is wrong and have pledged to donate mine to good causes in Coventry.

“I will give 50 per cent of it to Coventry Foodbank. I will give the other 50 per cent to charities in Coventry supporting refugees, to help Ukrainians and all those fleeing brutal war.”

In a speech last month, Sultana criticised the Tories for “giving the green light to energy bills soaring by nearly £700” – and “voting to slash social security and pensions by roughly four per cent in real terms”.

She has called on the government to follow France’s lead by capping energy bill rises at four per cent as part of efforts to tackle the cost-of-living crisis.

Related: From prison, Navalny urges Russians to rise up and ‘stop the war’