"Tell me that this is not real. Your response will dictate whether or not I ever shop at your stores again", one person said. 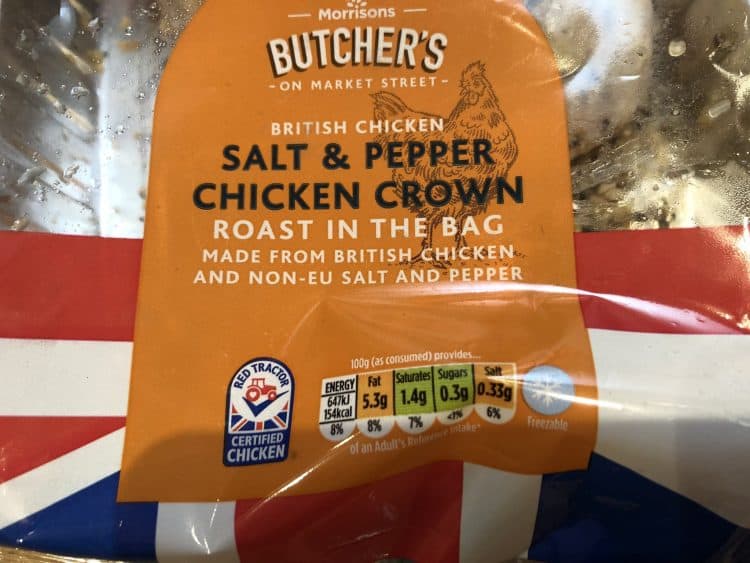 Supermarket chain Morrisons has backtracked after advertising a ‘British’ chicken made with ‘non-EU salt and pepper’.

Several customers took to social media after spotting the £4 Salt & Pepper Chicken Crown in its shops, with many pledging to boycott the stores in response to the bizarre product labelling.

It comes amid concern over the ‘UKIPisation’ of Britain’s supermarkets, with products increasingly wrapped in the Union Jack flag and the Co-Op even advertising ice cubes that are ‘made with British water’.

A representative from Morrisons said that the packaging was being changed “immediately”, saying:

But that failed to stem a tide of anger at the product.

David Bright replied: “I’m done with shopping @Morrisons.. I can live with union flags on bananas, but the gratuitous slight on the EU is too much..”

While Ghislaine Hull said: “Just had a look at Morrisons online and it is not photoshopped. Aside from anything else I’d have thought most normal people want to know where foodstuff IS from not where it isn’t.”

“I’m unsure what the problem is?”

In support of the supermarket, one said: “I’m really unsure what the problem is? We are all supposed to be looking at air miles, local is the best option surely? For our pockets and the environment, be that supermarkets or local independent shops.”

But Aisling Healy pointed out: “It says British Chicken so if the salt and pepper was also British they’d proudly state it. Non EU means it has come from far, far away!”