"They need to educate their staff. He isn't even a racist he has plenty of black friends," one supporter wrote in a review. 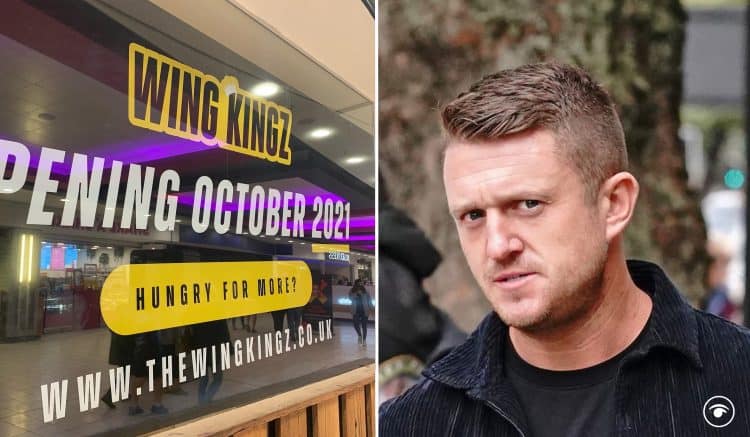 A number of Tommy Robinson supporters have left negative reviews of a newly-opened restaurant in Milton Keynes after their staff refused to serve him.

Wing Kingz in Milton Keynes received an angry backlash after the former EDL leader posted a video of a confrontation in the restaurant.

In it, Robinson said he visited the restaurant with his kids and was given a table, but was refused service after.

Confronting the manager, he said: “People have a problem with me that’s probably to do with my politics.

“I’m not going to take the discrimination. “

A waitress then explained to him that none of the restaurant’s staff were willing to serve Robinson, who appeared visibly irked by the remarks.

He said: “You need to ring the owner and tell him that I’ll bring 500 people and shut the restaurant down.”

Following the confrontation, several supporters of Robinson took to the internet to post negative reviews of the newly-opened chain.

“Terrible place. Trying to blame Tommy Robinson for bad reviews and management asking staff to get their friends and family to leave good reviews.

“They need to educate their staff.

“Who are the real fascists when a man is ask to leave because of his views.

“He isn’t even racist either he has plenty of black friends.”

Another said “my family is 16 strong when we go out to eat, but will never go to Wing King after hearing of Tommy’s welcome.”

Responding to the claims, Wing Kingz posted on Facebook that it does “not tolerate racism or discrimination in any shape or form.

“We are a diverse business with customers and staff from all backgrounds and are committed to creating a safe, comfortable environment for everyone who steps through our doors.”

Several people have rallied around the restaurant in support, with one person saying it is a “fine establishment with lovely staff.”

Ash Sarkar also invited her followers to join her in Milton Keynes for some wings.