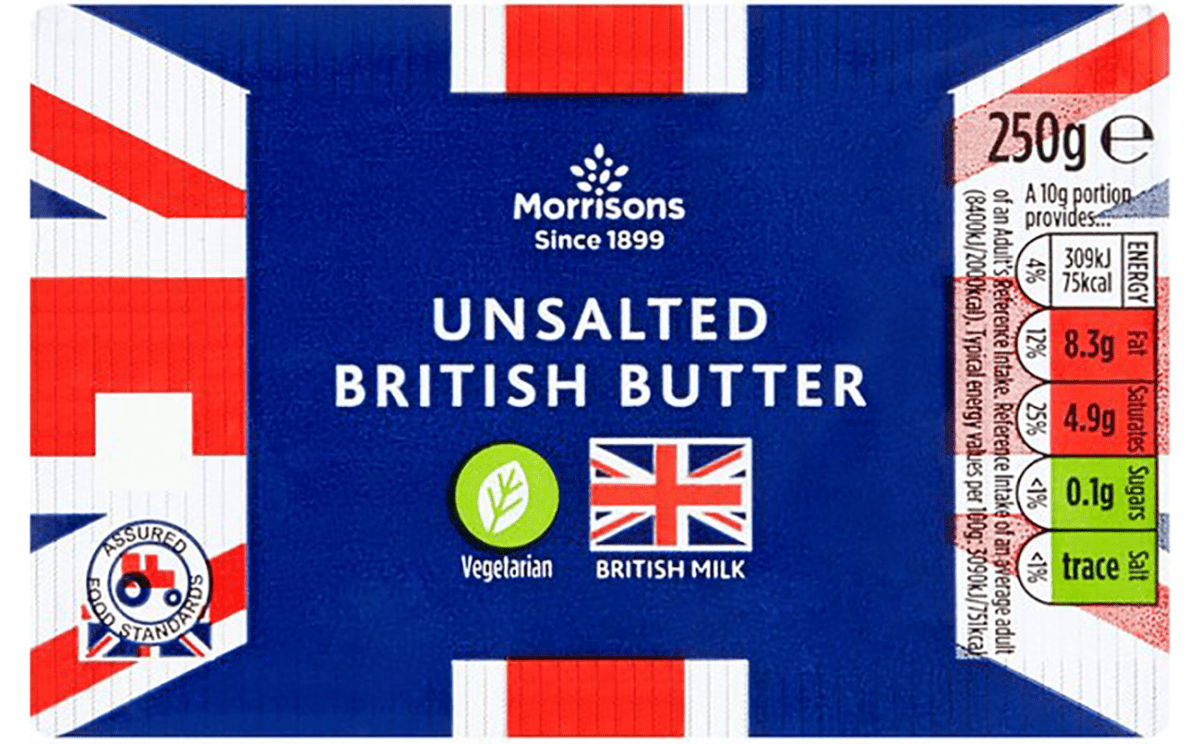 The ‘UKIPisation’ of Britain’s supermarkets made for a lively trend on Twitter this morning.

Posting a block of butter wrapped patriotically in the Union Jack Sophia Collins wrote: “I don’t actually need my fridge to be a UKIP advert” in Morrison’s direction, prompting a lively debate.

The tweet comes on the back of a Buy Britain campaign launched by the same Blue Collar Conservative group of MPs who helped Boris Johnson sweep through the Labour heartlands a year ago.

Quite what was stopping people ‘buying British’ before Brexit is anyone’s guess, but it did make for some entertaining reading as patriots went on the hunt for home-grown tea and bananas.

But it does raise an interesting question.

Ever since nationalism started to play a dominant role in our politics we have seen many supermarkets try to cash in on a flag fetish that seems to misappropriate what the Union Jack actually stands for.

The Co-Op ice cubes that are ‘made with British water’ and the notion that fish are happier now “because they are British” are both indicators of a country that is growing confused over what patriotism really means.

As George Orwell once noted, patriotism is the devotion to a particular place and a particular way of life, whereas nationalism, on the other hand, is inseparable from the desire for power. It creates ‘us vs them’ and is, quite frankly, an ugly and confused version of what many people are claiming to espouse.

Last month a high-profile doctor warned that patients have turned down the chance to have the Pfizer coronavirus vaccine because they would rather “wait for the English one”.

In his words, ‘nationalism has consequences’.