The president is also staying 45 miles east of Glasgow in a hotel located just a few miles from Edinburgh. 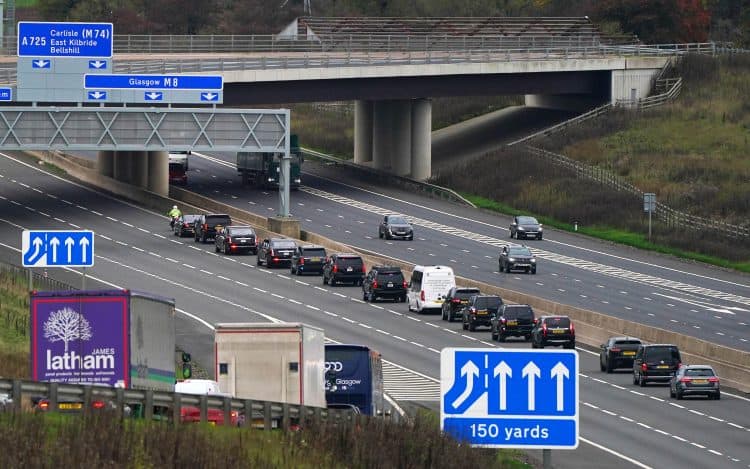 Joe Biden arrived in Scotland this week for the COP26 summit, bringing with him numerous cars, helicopters and aBoeing 747 plane.

The president of the United States took to the stage on the opening day of the conference yesterday and acknowledged that the US and other developed nations bear much of the responsibility for climate change.

“None of us can escape the worst that is yet to come if we fail to seize this moment,” he declared ashe sought to portray the enormous costs of limiting carbon emissions as a chance to create jobs by transitioning to renewable energy and electric vehicles.

But many people have pointed to his own journey to the country, which seems to be at odds with his campaigning speech.

President Biden arrived in Scotland in Air Force One – one of two specially modified Boeing 747-200s.

He will travel between Edinburgh and Glasgow by road in his car nicknamed The Beast, which forms part of a 20-vehicle presidential motorcade (reduced from 85 cars in Rome).

As the motorcade drives along, a helicopter accompanies overhead, fitted with communications equipment, anti-missile defences and hardened hulls.

It has caused quite a stir on social media, with one person laying out his enormous contribution to fighting climate change: