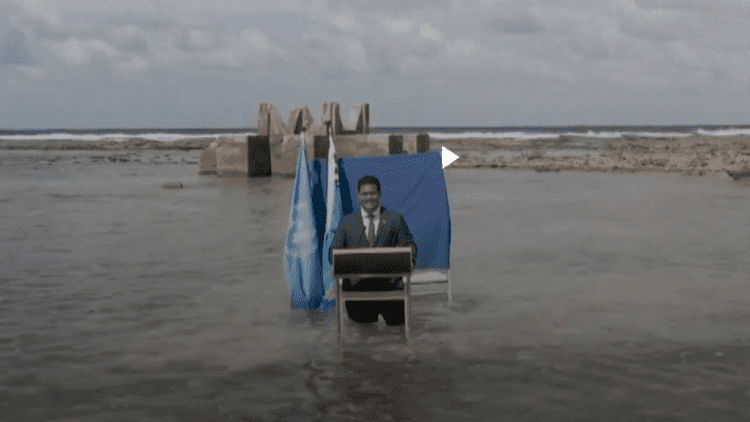 The foreign minister of Tuvalu stood knee-deep in seawater on the shores of his small Pacific island nation and said he “will not give up” as world leaders meeting in Glasgow debate the climate crisis.

With his podium in the sea, trousers rolled up, Simon Kofe said rising sea levels are an “existential threat” to Tuvalu and surrounding islands.

Meanwhile, UK prime minister Boris Johnson courted controversy after he used the Cop26 conference to tell the world the UK is not a corrupt country.

Attempting to draw a line under the politically toxic row over standards at Westminster, the PM told a news conference that the “most important thing is that those who break the rules must be investigated and should be punished.”

A video released by the BBC shortly afterwards, however, appears to contradict that.

Johnson, who has seen the Tories’ poll ratings fall after the row over standards erupted last week, said he was not going to comment on individual cases, insisting “the UK is not remotely a corrupt country”.

However, he said that while in the past MPs doing second jobs such as doctors, lawyers or soldiers had strengthened democracy, it was essential they put their constituents first if that was to continue.

Related: AOC finally finds herself an Irn-Bru after COP call for help