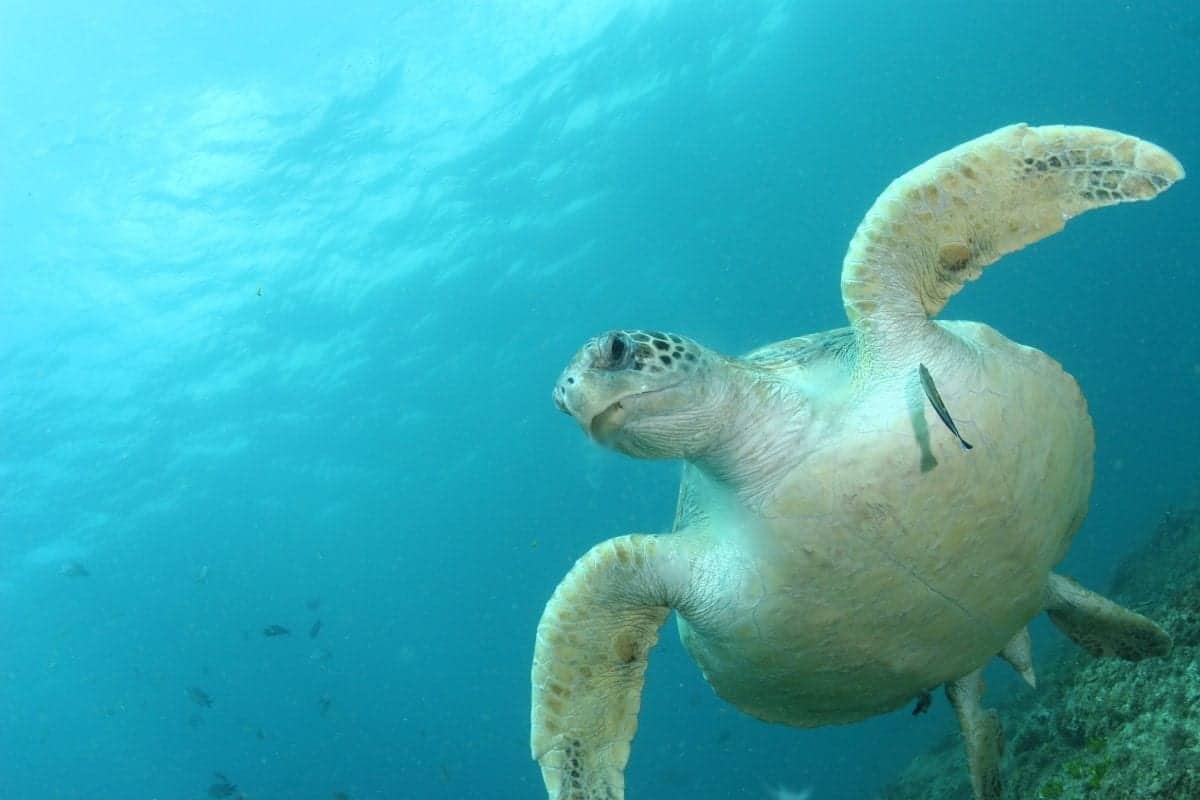 Tests on more than 100 sea turtles – spanning three oceans and all seven species – found microplastics in the guts of every single one.

Researchers looked for synthetic particles – less than five millimetres in length – including microplastics in 102 sea turtles in the Atlantic, Pacific and Mediterranean.

Synthetic particles were found in all of the turtles, the most common being fibres, which can potentially come from sources including clothing, tyres, cigarette filters and maritime equipment such as ropes and fishing nets.

The study was conducted by researchers from the University of Exeter and Plymouth Marine Laboratory, working with the Greenpeace Research Laboratories.

Lead author Dr Emily Duncan, of the Centre for Ecology and Conservation on the University of Exeter’s Penryn Campus in Cornwall, said: “The effect of these particles on turtles is unknown.

“Their small size means they can pass through the gut without causing a blockage, as is frequently reported with larger plastic fragments.

“However, future work should focus on whether microplastics may be affecting aquatic organisms more subtly.

“For example, they may possibly carry contaminants, bacteria or viruses, or they may affect the turtle at a cellular or subcellular level. This requires further investigation.”

In total, more than 800 synthetic particles were found in the 102 turtles studied.

But researchers only tested part of each animal’s gut – so the total number of particles is estimated to be about 20 times higher.

Researchers do not currently understand how synthetic particles are ingested by turtles, but the likely sources are polluted seawater and sediments, and eating via prey or plants.

Study senior author Professor Brendan Godley added: “It really is a great shame that many or even all of the world’s sea turtles have now ingested microplastics.

“At the moment, this is not the main threat to this species group, but it is a clear sign that we need to act to better govern global waste.”

Necropsies were carried out on the turtles after they died either by stranding or being accidentally caught in fishing nets.

The turtles with the most synthetic particles were in the Mediterranean – thought to have higher rates of contamination than the Atlantic or Pacific – but the study’s sample sizes did not allow for detailed geographical comparisons.

Dr Penelope Lindeque, of Plymouth Marine Laboratory, said: “While this study has been successful, it does not feel like a success to have found microplastic in the gut of every single turtle we have investigated.

“From our work over the years we have found microplastic in nearly all the species of marine animals we have looked at; from tiny zooplankton at the base of the marine food web to fish larvae, dolphins and now turtles.

“This study provides more evidence that we all need to help reduce the amount of plastic waste released to our seas and maintain clean, healthy and productive oceans for future generations.”

“Our society’s addiction to throwaway plastic is fuelling a global environmental crisis that must be tackled at source.”

The findings were published in the journal Global Change Biology.