Members of the RMT, the TSSA and Unite will walk out for 24 hours today, affecting Network Rail and a number of train companies across the country. 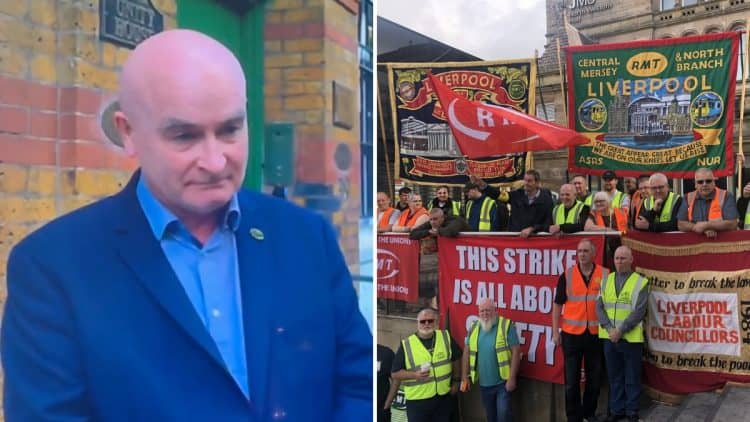 Rail passengers are set to face fresh travel misery on Saturday as tens of thousands of workers go on strike again in the long-running dispute over pay, jobs and conditions.

Members of the Rail, Maritime and Transport union (RMT), the Transport Salaried Staffs Association (TSSA) and Unite will walk out for 24 hours, affecting Network Rail and a number of train companies across the country.

Sunday morning train services will be affected by the knock-on effect of Saturday’s action.

Only around one in five trains will run on Saturday, with some areas having no services all day, as the unions stage their second stoppage in three days.

Football and cricket fans, tourists and holidaymakers will be among those affected by the disruption.

The sides are as far apart as ever in resolving the row despite months of talks aimed at breaking the deadlock, with increasing union anger at the refusal of Transport Secretary Grant Shapps to get involved in negotiations.

The strike follows a walkout on Friday by London Underground workers and some bus drivers in the capital in separate disputes, which caused travel chaos.

RMT general secretary Mick Lynch said: “RMT will continue to negotiate in good faith but we cannot tolerate being bullied or hoodwinked into accepting a raw deal for our members.

“The Government need to stop their interference in these disputes so the employers can come to a negotiated settlement with us.”

Talking to Channel 4, Lynch was praised for delivering a “masterclass” in how to deal with the “biased media”.