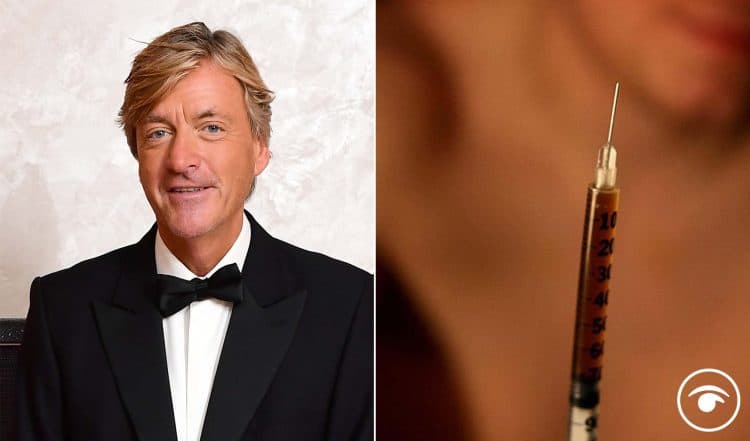 GMB presenter and Alan Partridge impersonator Richard Madeley has been slammed on social media after asking a woman whose drink was spiked on a night out if she had “taken precautions”.

His comments come as an investigation has been launched into another incident in which a woman said she was attacked with a needle inside a nightclub.

Devon and Cornwall Police said a woman reported being assaulted in Fever & Boutique in Exeter on October 16.

It follows reports of other “spiking” incidents in several parts of the country, including Nottingham, Scotland and Northern Ireland.

Superintendent Antony Hart, local commander for Exeter, East and Mid Devon, said: “There has been a lot of media and social media coverage in relation to drink-spiking, plus the understandable fear following a woman being attacked with a needle in a bar in Nottingham,” he said.

“We are investigating an incident in Exeter and progressing inquiries to identify and arrest those responsible.

“Whilst assaults using needles are very rare, we ask that people are vigilant when in crowded spaces and notify premises staff or police of any suspicious behaviour.

“This incident has also raised the wider issue of drink-spiking and what can be done to combat this.

But Madeley was accused of victim-shaming as he interviewed Jemma Wolstenholme on today’s GMB.

She had her drink spiked in a nightclub just months before her sister was also spiked with a needle.

Jemma explained that after she’d begun to feel unwell when she was spiked, her friend put in her a taxi home, to which Richard said: “But had you been taking precautions?

“Obviously you’re aware of the risk of drinks being spiked – had you been trying to protect your drink? Had you kept your hand over it? Had you kept it with you, do you remember that?”

Richard’s co-host Susanna Ried then jumped into the conversation and said: “Honestly Jemma, it’s not your responsibility to take the precautions to stop someone who does maliciously put something in your drink, I mean how on earth anybody is expected to constantly watch a drink I don’t know.”