"Seriously get with times," said one bemused Twitter user. 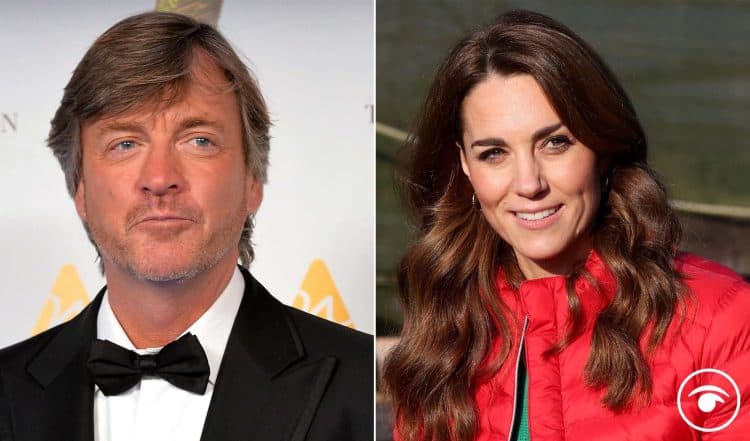 Richard Madeley has come under fire from Good Morning Britain viewers over his remarks about Kate Middleton.

Partridge, sorry Madeley, was back in the chair with Susanna Ried on the breakfast show.

The presenting duo got on to discussing the Earthshot Prize awards which were launched on Sunday night by The Duke of Cambridge.

William is “demanding change” as innovative green projects from across the globe were awarded £1 million by his Earthshot Prize.

The Prince called on the younger members of society not to “give up hope” during the event and he announced the US would be the host nation for the next awards ceremony.

“We are going to act”

At the end of the event, televised by the BBC, William, who was joined by Kate, took to the stage to tell the audience: “I want to say something to the young watching tonight.

“For too long, we haven’t done enough to protect the planet for your future, the Earthshot is for you.

“We are going to find the solutions to repair our planet.

“We will rise to these challenges.”

Back on GMB, as a report aired detailing the star-studded night, which was shown on BBC One, Richard ended up commenting on Kate’s figure, rather than what she said on the matter.

People watching at home were aghast at his comments.

“Richard is it really necessary to make personal comments about Kate like that? #gmb.”

3. “You do a wonderful story about #Earthshot and @richardm56 first comment is about how tiny Kate is.. #GMB @GMB.”

4. “@GMB was watching the article on Prince William and climate change with my two teenage daughters. At the end of the piece Richard Medley could only comment on how slim Kate was!!! Seriously get with times.”