The ruling from the ‘Wagatha Christie’ libel case and Rishi Sunak’s growing desperation are featured among the front pages. 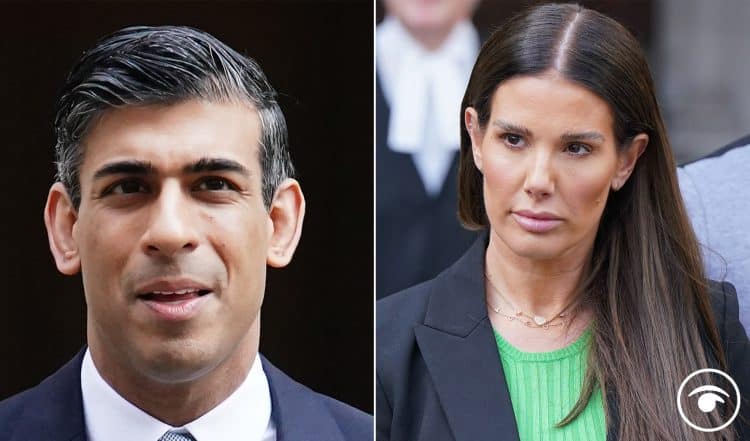 Saturday’s papers carry the ruling from the so-called Wagatha Christie saga between Coleen Rooney and Rebekah Vardy, as well as the ongoing Tory contest for the premiership.

Rebekah Vardy’s failed libel case against Coleen Rooney is an “absolute disaster” for her reputation and “as damaging as it could be”, a media lawyer has said.

The Daily Star, the Daily Mirror, The Sun all react to the libel case which saw a judge rule in Mrs Rooney’s favour.

The Times, meanwhile, reports that Rishi Sunak’s campaign for the Tory leadership has been dealt “another blow” by Tom Tugendhat endorsing Liz Truss.

i Weekend also predicts the Foreign Secretary is on her way to No 10 as her rival “fails to make ground” despite a U-turn on tax cuts.

The bookmakers’ favourite is already “drawing up Thatcherite plans to give Number 10 more control over the economy”, The Daily Telegraph adds.

Also on Ms Truss’ agenda, according to the Daily Express, is the “overhaul of mortgage rules”.

The Guardian adds that Mr Sunak is attempting to save his leadership bid by weighing into “culture war issues”.

Elsewhere, The Independent reports record staff absences are piling pressure on the NHS.

The Daily Mail splash says “at least 17 million Britons” are facing hosepipe bans as the first wave of water restrictions are introduced.

And FT Weekend carries an interview with the head of CBI – who has warned that thousands of British companies are scrambling to find a new trade partner to replace China as concerns grow over economic and security threats of being tied to the superpower.