The singer and fellow campaign supporter Paul Gambaccini were both falsely accused of historical sex offences. 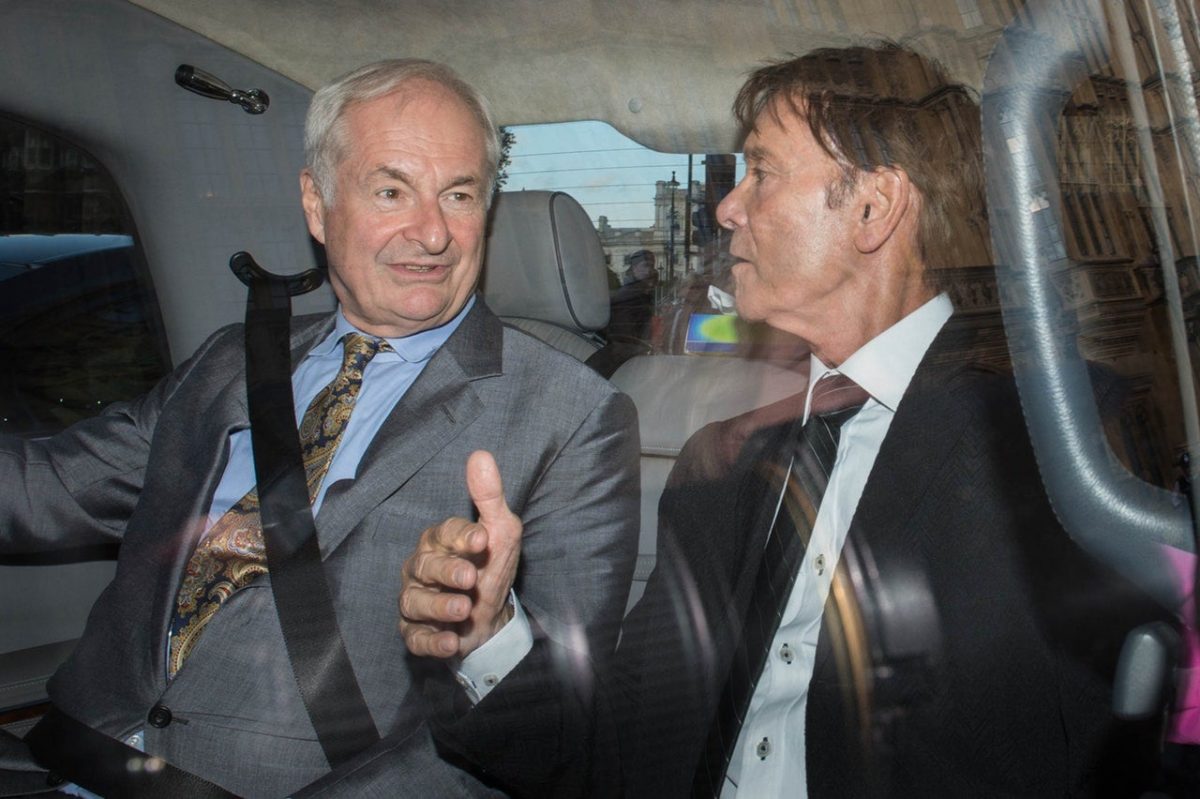 Singer Sir Cliff Richard and DJ Paul Gambaccini are to help launch a petition to try to force a change in the law to give anonymity to those who are accused of sexual offences until they are charged.

Both men were falsely accused of historical sex offences and have joined forces with a new pressure group called Fair (Falsely Accused Individuals for Reform).

The petition, to be officially launched in Westminster, had already garnered more than 2,000 signatures by 7am on Monday.

It declares that anonymity is needed to “to protect the reputations of all innocent suspects, whether well-known or not, from the lasting stigma of a false sexual allegation.”

Sir Cliff said in a statement on the pressure group’s website: “Being falsely accused myself and having that exposed in the media was the worst thing that has happened to me in my entire life.

“Even though untrue, the stigma is almost impossible to eradicate. Hence the importance of Fair’s campaign to change the law to provide for anonymity before charge in sexual allegations and hence my continued work with Fair in the future.

“Had this proposed change in the law been enacted when the police decided to raid my apartment following the allegations of a fantasist, the BBC would not have been able to film this event, name me, (even though the South Yorkshire Police had decided not to) and so plunge my life and those close to me into fear and misery.”

If support for the petition tops 10,000 signatures, it will get a government response, while 100,000 signatures will mean it is considered for debate in Parliament.

The petition was created by Daniel Janner QC, whose father, the late Lord Janner of Braunstone QC, faced allegations of child sex abuse.

The family of the former Labour peer have always maintained his innocence.

Sir Cliff, 78, won his privacy case against the BBC over its coverage of a South Yorkshire Police raid on his home in Sunningdale, Berkshire, in August 2014, following a child sex assault allegation.

He was never arrested, and in June 2016 prosecutors announced that he would face no charges.

Mr Gambaccini was arrested in October 2013 over a claim that he sexually assaulted two teenage boys as part of Operation Yewtree, set up in the wake of the revelations about paedophile Jimmy Savile.

The 70-year-old, a regular fixture on the airwaves for decades, spent a year on bail before the case was dropped.

Former Tory MP Harvey Proctor had his home raided and was publicly named, and is also a supporter of the pressure group.

He was investigated as part of Scotland Yard’s doomed sex abuse probe, Operation Midland, which centred on claims that boys were sexually abused by a number of public figures more than 30 years ago.

The investigation was abandoned amid widespread criticism, with the 72-year-old spending more than a year facing accusations that he was a child murderer and rapist, before he was finally cleared.