by PA
in News, World News 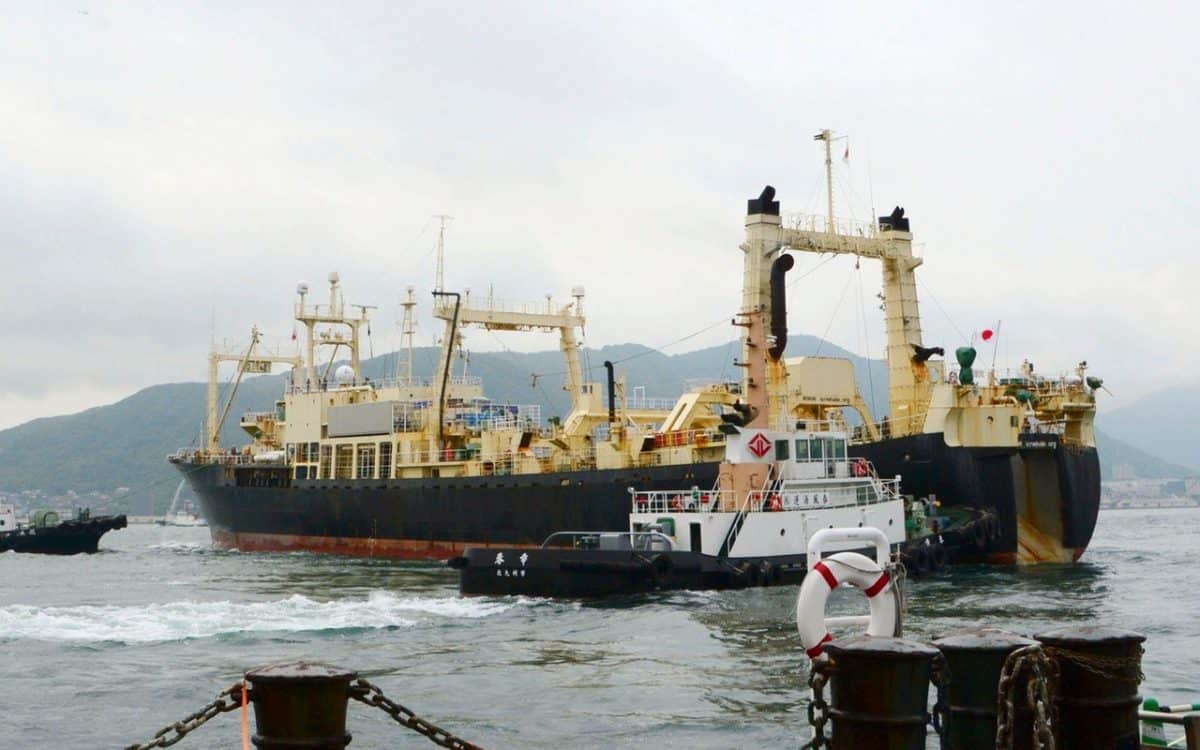 Japan has resumed commercial whaling after 31 years, meeting a long-cherished goal of traditionalists that is seen as a largely lost cause.

Whaling boats embarked on their first commercial hunts since 1988, when Japan switched to so-called research whaling, but will stay within the country’s exclusive economic waters.

The Fisheries Agency said the catch quota through until the end of this year is set at 227 whales, fewer than the 333 that Japan hunted in the Antarctic in recent years.

The quota for this season’s catch, planned for release in late June, was withheld until Monday apparently to avoid criticism during the Group of 20 summit that concluded over the weekend in Osaka.

As the boats left port, whalers, their families and local officials in two major whaling towns, Shimonoseki in south-western Japan, which is Prime Minister Shinzo Abe’s electoral constituency, and Kushiro in the north, celebrated the fresh start, hoping for a safe return and a good harvest.

“We hope commercial whaling will be on track as soon as possible, contribute to local prosperity and carry on Japan’s rich whale culture to the next generation,” deputy chief cabinet secretary Yasutoshi Nishimura told reporters in Tokyo.

While the resumption of commercial whaling is condemned by many conservation groups, others see it as a face-saving way to let the government’s embattled and expensive whaling programme gradually succumb to changing times and tastes.

Despite the massive attention and tax money and political support from ruling party politicians, whaling in Japan involved only a few hundred people and accounted for less than 0.1% of total meat consumption in fiscal 2017, according to the latest government data on food sufficiency.

Whale meat was an affordable source of protein during the lean times after the Second World War, with consumption peaking at 223,000 tons in 1962.

But whale was quickly replaced by other meats.

Whale meat consumption was down to 6,000 tons in 1986, a year before the commercial whaling moratorium imposed by the IWC.

Under the research hunts, which were criticised as a cover for commercial hunts as the meat was sold on the market, Japan at its peak caught as many as 1,200 whales.

But it has drastically cut back on its catch in recent years after international protests escalated and whale meat consumption slumped at home.

Today, about 4,000-5,000 tons are supplied to Japan annually, or 30-40 grams of whale meat consumed per person a year, Fisheries Agency officials say.

Japan will stick to a very strict catch quota with respect to the IWC findings, and will continue conducting research, said Hideki Moronuki, a Fisheries Agency official and a chief negotiator at the IWC.

He said Japan’s commercial whaling will never harm its stock.

The commercial whaling will be carried out by two groups.

The mother boat Nisshin-maru and two support boats that used to go to the Antarctic will travel as far as the 200 nautical mile EEZ to catch minke, Bryde’s and sei whales.

Five other smaller ships will stay closer to the coast but also hunt minkes, in addition to Baird’s beaked whales and dolphins that they used to catch under an IWC loophole.

Altogether, they will catch 52 minkes, 150 Bryde’s and 25 sei whales through until December 31.

Whales caught in coastal waters are expected to be brought back for fresh local consumption at any of six local whaling hubs that are mainly in northern Japan but include Taiji, the home constituency of ruling Liberal Democratic Party heavyweight Toshihiro Nikai.

The town is also known for dolphin hunts because of the documentary film The Cove.

Whale meat caught further off the coast will be frozen and distributed for wider consumption.

Mr Moronuki says the fate of commercial whaling depends on whether whale meat is widely accepted by consumers since it will not be getting as much subsidy as it used to get.

He said he hoped whale meat would be reasonably priced so that it will gain popularity in the long term instead of becoming an expensive delicacy for a limited clientele.

The government used to sell portions of whale meat caught in the scientific programme for school lunch schemes at discounted prices, he said.

“The future of commercial whaling depends on how popular whale meat can be,” he said.

“Whale meat is a traditional food in Japan and I would like many people to try and develop taste for it, especially younger people.”

A 2017 survey by the Japan Whaling Association showed about 64% of respondents in ages ranging from their teens to their fifties said they have eaten whale meat but most of them said they have not eaten it for more than five years.

Ultimately, the resumption of the traditional whaling may end up saving both huge government subsidies and the lives of many whales, experts say.

“What we are seeing is the beginning of the end of Japanese whaling,” said Patrick Ramage, director of the International Fund for Animal Welfare.

Whaling is losing support in other whaling nations including Norway and Iceland, where whalers have cut back on catches in recent years amid criticism that commercial hunts are bad for their national image and tourism.

Japanese are also beginning to see ecotourism as a better option for whales than hunting them for food.

“People in coastal communities all do better when whales are seen and not hurt,” Mr Ramage said.