"People must be treated equally, they can’t be paid a pittance. Why must nurses fight for an extra pound or two?”, he said. 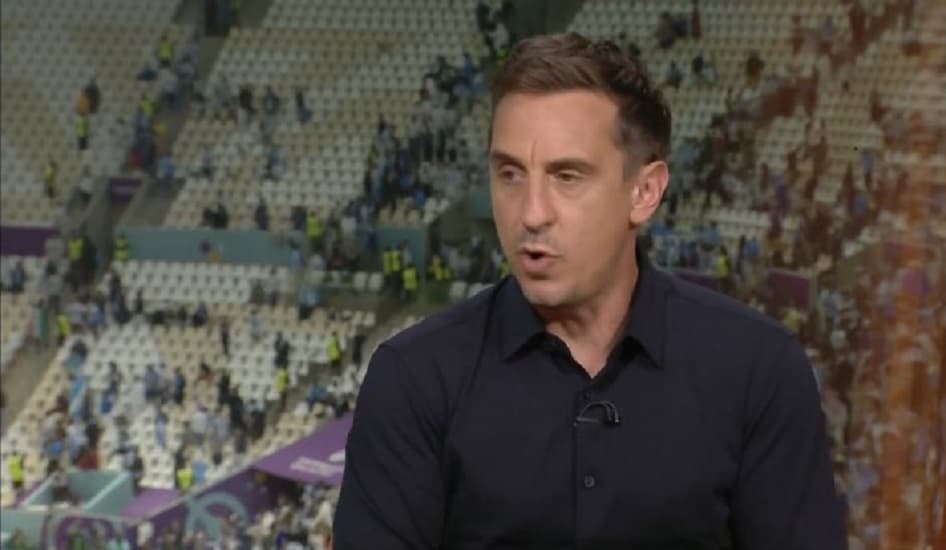 The Daily Mail has hit out at Gary Neville over his spectacular World Cup rant during last night’s final.

The former Manchester United defender used his platform to highlight Qatar’s worker issues. But he also didn’t shy away from problems back home…

“We should protest low pay and poor working conditions. We have a government in the UK that is demonising rail workers, and terrifyingly, nurses too.

“People must be treated equally, they can’t be paid a pittance. Why must nurses fight for an extra pound or two?”, he said.

Tory MP Lee Anderson and Nigel Farage hit out at Neville following the clip, and now the Daily Mail has jumped on the bandwagon too.

They dedicated the front page to the former England star, quoting former levelling-up secretary Simon Clarke who described the comments as “grotesque”.

In his words, at least he is p*ssing off the right people!